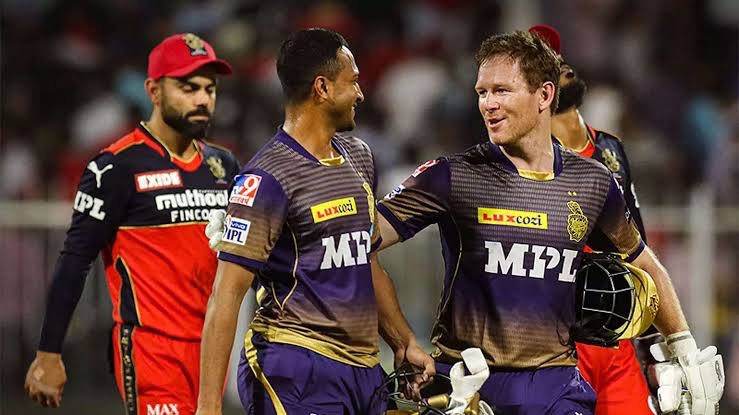 Given their performance before the United Arab Emirates leg of the IPL 2021, KKR were in big trouble.

In all of their previous defeats, they were outplayed by the majority of their opponents. Eoin Morgan’s side did not appear to be taking the season seriously and was even keen to get into the top 4, and it had indeed appeared that a spot in the playoffs in May would have been nothing more than a distant dream KKR.

The Kolkata Knight Riders were struggling with their team conditions and had won two matches in India – against the Sunrisers Hyderabad and the Punjab Kings. Except for the game against the Mumbai Indians in Chennai, where KKR won with Andre Russell picking up a five-for and registering the best bowling figures by a KKR bowler with 5/15.

Then they get moving to the second phase of the IPL. The Kolkata Knight Riders came all guns blazing, having won five of their seven matches in the UAE, and have effectively qualified for the playoffs.

In the first half of the IPL 2021 in India, neither Venkatesh Iyer nor Lockie Ferguson had played a single match. Iyer had yet to make an IPL appearance. After a few months, both players have been crucial to KKR’s resurgence in the UAE. The team’s momentum shifted to their side when they made some changes in the second phase and appeared to be a completely different team by including players such as V. Iyer and Lockie Ferguson.

Venkatesh Iyer, a 26-year-old young Venkatesh Iyer who had rejected a job offer with Deloitte to continue in cricket, was one of the main reasons for the revival of KKR winning path as he had breathed new life into the dull KKR batting lineup from the first leg. He had scored nearly 250 runs in seven games at an average of up to 40, and he had batted impressively at a strike rate of close to 140. Iyer has also formed an admirable partnership with Shubman Gill at the top; the duo was incredible and delivered impressive starts right in the Powerplay for KKR, allowing them to launch an all-out assault on opponents more easily.

Sunil Narine, the West Indian superstar, has kept his team’s back covered in this leg of the Indian Premier League. During the middle overs, Narine’s overs, combined with Varun Chakravarthy’s spell, have been crucial for Kolkata Knight Riders; the duo had stifled opposition batters’ aggressive intent. Narine has also made an impression with the bat. He recently smashed three sixes on three balls from Dan Christian to help KKR win a one-sided match against RCB.

Shubman Gill’s transformation and sensible batting have been as impressive as his Kolkata Knight Riders franchise. Prior to the UAE leg of the competition, KKR fans were frustrated by Gill’s batting. Although immensely talented and full of potential, it didn’t quite translate to the T20 format, where Gill’s strike rate was a major issue, but he picked up speed in the second half of the IPL, with being aggresive in the Powerplay with his new partner Venkatesh Iyer.