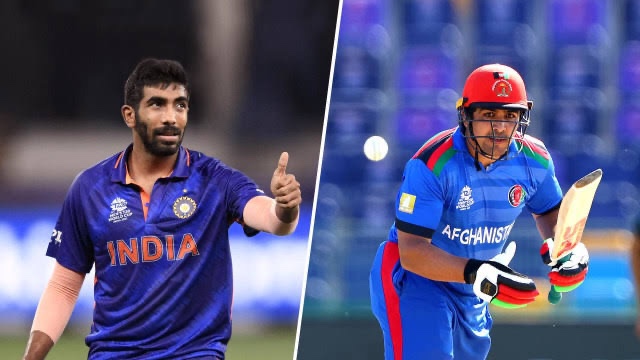 On Wednesday, November 3, second-placed Afghanistan will face fourth-placed India in a Group 2 Super 12 round match of the ICC Men’s T20 World Cup at Sheikh Zayed Stadium. The Virat Kohli-led team enters this match after losing their second T20 World Cup match in a row to New Zealand on Sunday, October 31. In the meantime, India’s opponent, Afghanistan, won their second match in the ICC tournament, defeating Namibia.

India’s path to the next round of the tournament has become a little more complicated, as the Men in Blue will now have to win their remaining games and rely on the results of other teams to advance to the semi-finals. India will be eliminated from the competition if they lose their next match. On the other hand, the Afghans, led by Mohammad Nabi, have a realistic chance of reaching the semi-finals. They beat Scotland by 62 runs in their previous match, raising their net run rate to an incredible 3.097.

The Afghanistan team has played three Super 12 matches so far, winning two and losing one. Now they have to beat India and New Zealand to secure a spot in their first T20 World Cup semi-final.

Afghanistan has done everything possible to maximise the benefits from their matches against Scotland and Namibia, as evidenced by their NRR of 3.097. Their final two games are against India and New Zealand, two of the world’s best teams. They will qualify if they win both. If they lose to India but win against New Zealand, run rates will most likely play a role. Afghanistan’s schedule may work in their favour: they beat Namibia in Abu Dhabi and will play their final two games there as well.

India’s only chance now is to get a win in their remaining three games and hope that at least one of New Zealand’s and Afghanistan’s remaining games is lost. NRRs could then come into play. Even on that front, India has a lot of work: their NRR has dropped to -1.609 after their loss to New Zealand.

Know Why Sanjay Dutt is one of the legendary Actors in...