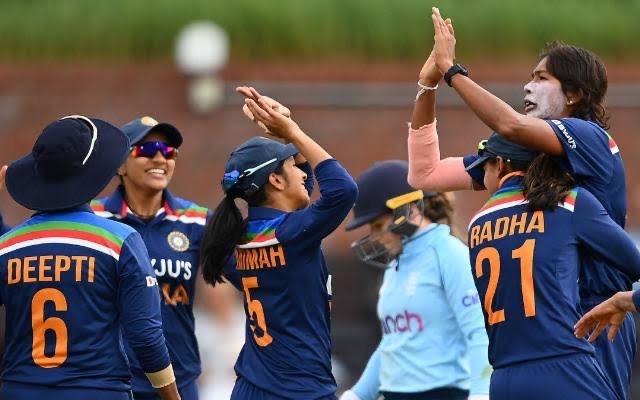 Indian Women’s cricket team made headlines in Australia when they beat the Mighty Aussies in the Third One Day international of the series between them. Achieving the victory the Indian team broke the winning streak of Australian Team who had last lost an ODI match way back in 2017 after a big break of 4 years someone has finally broken this record and it’s our mighty Indian Team.

Indian Women’s team achieved this feat when they recorded their highest ever successful run chase in ODIs, chasing down a mammoth target of 265 Runs given to chase by Australia Women, with 3 balls remaining in the Innings India Women’s successfully chased down the target with the Veteran Jhulan Goswami hitting the winning shot and taking India to a victory with a lofted drive straight down the ground for a boundary.

Jhulan Goswami also starred for India with her impressing bowling as well, picking up three crucial wickets to break the backbone of Australian batting before reaching the victory with a boundary off Sophie Molineux in the final over.

Australia however found themselves in a spot of bother in 3rd ODI too when they lost a flurry of wickets at the start of the innings and losing quick wickets by losing their main players Like Healy, Lanning and Perry before the Finish of 25 overs and Scoreboard ticking at less than 100 Runs but, It was Beth Mooney the experienced campaigner who came to the rescue of The Australian Team once again when She formed a partnership with Ashleigh Gardner to get them going with Gardner hitting the balls all around the park and get her team flying and with a good inning from McGrath they finished on a good score than expected.

The Australian Team winning streak which had started in 2017 against India is broken by the Indian Team itself and it’s a historic win for them.