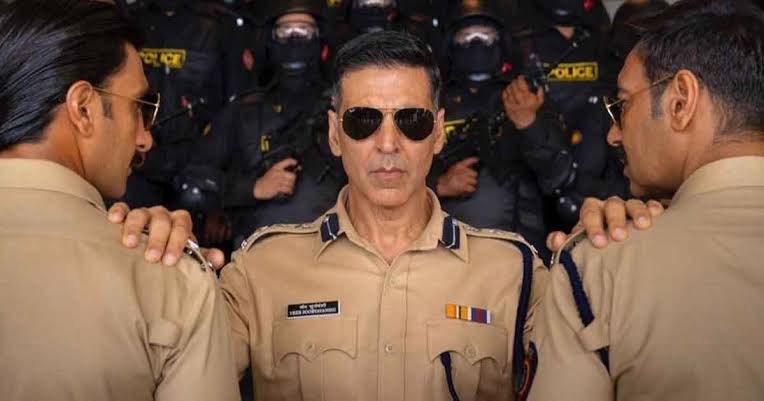 Rohit Shetty who’s known for his Action and thrilling movies and their full jacked scenes are coming with his new action film starring Megastars like Ajay Devgan, Akshay Kumar and Ranveer Singh, it will be such a thrilling experience to watch three of them sharing the same screen.

While Ranveer Singh has worked with Rohit Shetty in this genre before with his Superhit Movie Simmba which rocked on the theaters starring Ranveer and Sara Ali Khan in the main lead and Sonu Sood as the villian.

There was also a role of Ajay Devgan in the movie as Singham who eventually comes to the Rescue of Simmba and then there was a cameo of Akshay Kumar as well, when Singham was leaving the Miramar Police Station, he was talking to DCP Veer Sooryavanshi (Akshay Kumar). Singham congratulates him on his new post as ATS chief, and Sooryavanshi tells him that they both will meet soon again.

Ajay Devgan has also worked in the Rohit Shetty cop universe films with giving 2 superhit films Singham and Singham 2, where he was defined as a disciplined police officer who could go at any stage to get the justice deserved for everyone in need. He is the cop who is against discrimination and fake politics played around by the politicians to earn the trust of the people for their greed The Character Singham is loved all around the country and has a huge fan following around.

It will be interesting to See all three of such wonderful actors working together and will be a thrill to watch when the movie is released it will be releasing soon on this Diwali so let the countdown begin.