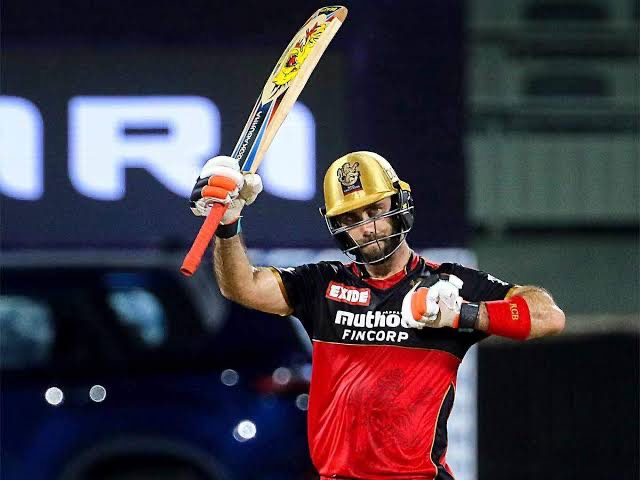 The inclusion of Glenn Maxwell into the RCB Side has been a significant change in fortune for them with the team getting strong totals through the hitting from Maxwell.

The Australian International all-rounder has lit up the IPL with his breathtaking performances with the bat and crucial spells with the ball in his hand too. Maxwell is one of the main reasons for RCB’s Success this year, He was roped in for a whopping amount of ₹14.25 Crores INR and the price was eventually paid off by maxwell with his lighting performances.

RCB had gone for Glenn Maxwell despite the Australian all-rounder having a poor run of form in the past few seasons of the IPL and The Big Show getting faded by time. Maxwell was able to hit just 108 runs in 13 matches for the Punjab Kings in IPL 2020, where he was unable to hit a single six. He was roped in by the Punjab Kings back then for 10.75 Crores INR.

But in this season he had felt like a different player and came into notice of the whole world with match-winning knocks from him when his side needed them. He has 407 Runs to his name for RCB and is the highest run-scorer for his team this season ahead of Ab de Villiers and Virat Kohli.

He has scored these runs at a fast pace with 145+ Strike Rate and 5 Fifties in the season, with 3 of them coming back to back in the winning streak of RCB in the Dubai phase of the IPL.

Maxwell will be very important to play some part if RCB wants to win the IPL this year, with the form he’s in he, will be hoping to bring the cup home this year.