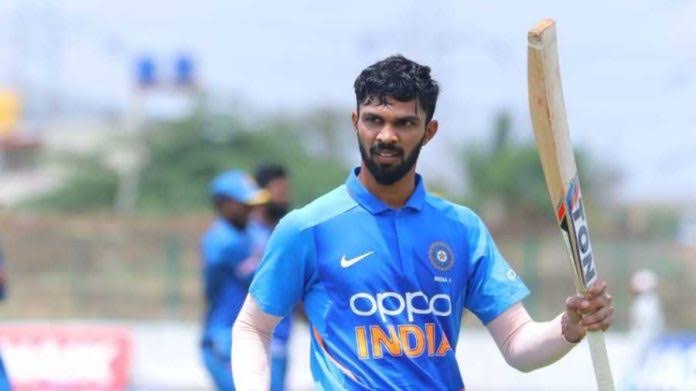 Ruturaj Gaikwad is a Maharashtra domestic cricketer who was born on January 31, 1997. Gaikwad has never failed to impress since making his competitive cricket debut, and he has established himself as a big player and match-winner wherever he goes.

The 24-year-old opening batsman from Pune, has always been a consistent performer for his state team Maharashtra. In the league stage of the Syed Mushtaq Ali Trophy 2018-19, he scored the most runs for Maharashtra. The Chennai Super Kings secured his services at his base price of just INR 20 lacs during the IPL 2019 Player Auction. which paid off later with Gaikwad delivering match-winning innings after innings and consistently getting his team over the line when in need.

He first made headlines during the 2014-15 Cooch Behar Trophy, when he was the second-highest run-scorer, amassing 826 runs in six games, including three centuries and a half-century.

As a result, he was named to 2016 Under 19 World Cup Probables squad, but unfortunately, he wasn’t able to make the main squad. He returned to domestic cricket with a hunger for runs and continued to score heavily. Ruturaj impressed again the following Cooch Behar Trophy season, scoring 4 hundred and three fifties and totalling 875 in seven matches.

Gaikwad, 24, slammed his maiden IPL ton a few weeks ago in a thrilling match against Rajasthan Royals in Abu Dhabi, hitting the final ball of the innings for a maximum. He smashed five huge sixes and nine boundaries on his way to his hundred in just 60 balls.

The batsman rose to prominence following his late-season heroics for CSK in the IPL 2020. CSK were losing games at the time, but Gaikwad was among the runs, hitting three consecutive half-centuries.

The opener who represents Maharashtra at the domestic level displayed his elegant strokeplay and left everyone in blitz during his maiden century innings. Gaikwad became the first player in IPL 2021 to reach 500 runs after his century against the Rajasthan Royals, and he took over the Orange Cap from KL Rahul for a while.

In addition, he became the seventh Chennai Super Kings batsman to score 500 runs in an IPL season. Suresh Raina, who batted at No. 3 for Chennai Super Kings throughout his career, has done so three times for the three-time IPL champions. The CSK will be expecting more from him in the playoffs to get his team over the line when needed.