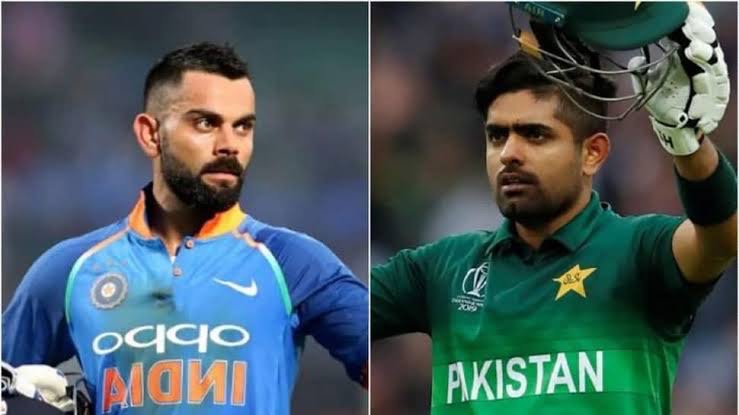 In the seventh edition of the ICC T20 World Cup, the mother of all cricket clashes, India vs Pakistan, is set to take centre stage today. The long-awaited conflict between the arch-rivals has long been the most eagerly anticipated match of any ICC fixture.

Due to the lack of bilateral cricket between the two nations since 2012-13, the two teams only meet in multi-nation tournaments, which makes the match much more intriguing, eagerly anticipated, and draws the attention of billions of cricket fans worldwide.

Pakistan, on the other hand, would like to remember their heroics in the 2017 Champions Trophy, when they outplayed India, and draw confidence from that going into today’s match.

One of the most heated debates in recent years in the subcontinent, or at least in Pakistan, has been whether Babar Azam is as good as India’s Virat Kohli or is on his way to becoming one. In the past, a slew of pundits has weighed in on the subject, offering varying perspectives on the parallels.

The mini battle between Virat Kohli and Babar Azam — the battle of the two captains and batsmen — will be on display in the upcoming India-Pakistan match. Even though Babar will be playing his first T20 World Cup match for Pakistan against India, his recent form will significantly threaten India.

Babar has been a critical batting figure in Pakistan cricket for the past two years, assisting in the batting revival of his team. Babar scored a fifty in the two warm-up matches (against the West Indies) and will be the leading batsman to watch out for in the Pakistan squad.

Kohli’s batting form, on the other hand, has deteriorated over the last two years. Kohli hasn’t scored an international century in this time frame, and his recent form may be a source of concern for the team, but he has a history of going all-out in big games.

It will undoubtedly be an exciting match to watch.