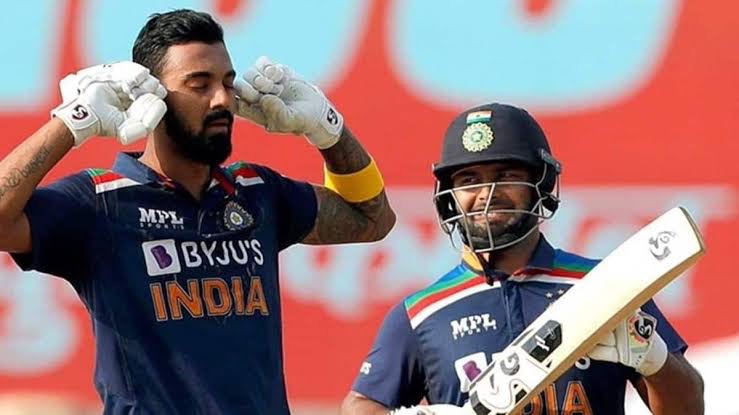 In recent years, Kl Rahul has established himself as one of the best limited-overs players in the Indian team. His rise to prominence has been legendary, and several of cricket’s greatest players, past and present, have praised his performances between February 2019 and February 2020.

It’s been a joy to watch the Indian batting line-up destroy bowlers from all over the world in recent years.

KL Rahul’s success in the shorter format has been attributed to his excellent timing, a diverse arsenal of shots, and a desire to make the most of every ball. The Karnataka youngster took some time to prove himself in white-ball cricket, but he currently prefers the 20-over format at the international level. In T20Is, Rahul is just as important, if not more so, than Kohli and Rohit. The fact that he is India’s top-ranked T20I batsman demonstrates this.

It’s incredible. He is willing to accept any role that the team assigns him– he is a true team player, as evidenced by how he keeps [wickets]. He’s always looking for a chance to make a play, and he’s not worried about it; he collects throws and gets to the stumps every ball, and he’s just enjoying himself. I believe he enjoys being on the field even more than just being on the field, and it shows. He’s more involved in the game, and he can see the field placements as well, so I believe it’s engaging him in the right way. It’s great to have someone who can do both jobs well and bring a sense of balance to the team.

During the home ODI series against Australia in January 2020, Rahul was asked to keep wickets and bat lower down the order rather than his regular position at the top. Virat Kohli was asked if Rahul would continue behind the stumps ahead of India’s tour of New Zealand, and he praised the Mangaluru cricketer for being a complete team player and bringing balance and flexibility to the team.

KL Rahul started his career with KXIP by hitting the fastest fifty in IPL history. In his first season with the team, he hit 649 batters for an average of 54.91 and a whopping 158.41 strike rate. During the 2018 edition, only Kane Williamson (735) and Rishabh Pant (684) scored more than Rahul. In the 2019 edition, Rahul maintained his consistency with the bat, scoring his first century in the league. Kings XI Punjab, on the other hand, fell one win short of the playoffs for the second year in a row.

Despite his failures in Test cricket, Rahul has dominated with the bat in the Indian Premier League (IPL), which should not have come as a surprise. In the last two editions of the IPL, the 28-year-old has easily been the best batsman. Rahul has amassed 1252 runs in only 28 innings since making his Kings XI Punjab debut. Rahul scored 13 fifty-plus runs during this time, including an unbeaten century. He reached the 30-run mark in 17 of his 28 innings, the best ratio of any player.

In India, the opening partnership has always served as a model for the rest of the lineup, and when the openers score an alliance of more than 100 runs, the team is set up for success. Opening batters, whether they like it or not, are under the most pressure, as the innings’ structure is dependent on them, and Indian openers have built a solid foundation over the years.

Indian batting has progressed over time, with some of the game’s greatest players gracing it with their incredible performances. The team’s success has been attributed to a dependable and robust batting line-up, which has ranked first in almost every format.

Over the years, India’s opening partnerships have made a significant difference in their batting performances.

The new plaher to emerge from ashes as one of the finest cricketers in the present scenario of the Indian Cricket team is KL Rahul. Rahul has been a performing consistently for his role in the team at No. 4 position in the ODI’s and as well as down the order too, but his most beautiful knocks have been as an opener for the Indian team, and we’ll be hoping that he continues his progress at the top of the order, till the days he plays his last match.