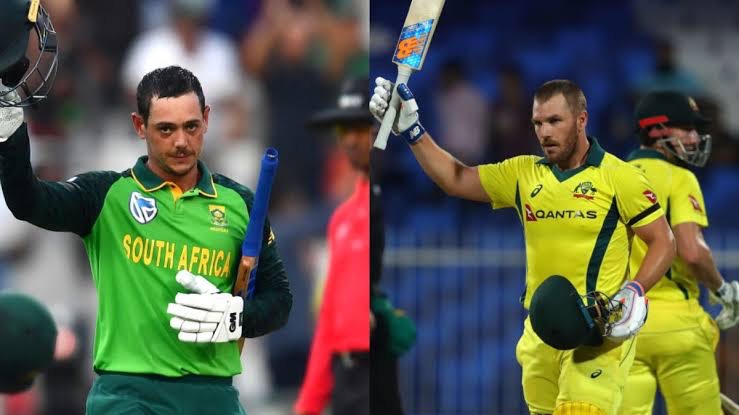 This year’s T20 World Cup in Australia is an intriguing case study. Is it possible for a team to overcome a lack of form and a clear understanding of their roles solely through talent? In the opening game of the Super 12 phase of the World Cup against South Africa in Abu Dhabi, the answer was – almost – yes.

Australia stumbled in their pursuit of a meagre 119 after an outstanding display with the ball, led by Josh Hazlewood, who thrived with a similar short-of-a-length method that he excels within the longer game. When Glenn Maxwell was clean bowled while attempting a switch hit, Australia was reduced to 81-5, needing 38 runs from 4.4 overs, an equation that had reached 33 runs in only 20 balls.

With Steve Smith’s 34-ball 35, Australia chased down the target of 119 in 19.4 overs. Anrich Nortje took two wickets for South Africa, while Kagiso Rabada, Keshav Maharaj, and Tabraiz Shamsi took one.

In response to South Africa’s 118-run total, Australia lost three quick wickets at the top and found themselves under pressure from accurate bowling.

Stoinis, on the other hand, hit 24 off 16 batters, and Wade added 15 runs to put an end to South Africa’s chances.

There was a strong possibility that South Africa would manage the lowest successful run chase in T20 World Cup history. Instead, Kagiso Rabada was slammed past mid-off by Matthew Wade, who then ramped him for another boundary. South Africa was forced to bowl Dwaine Pretorius, their fifth bowler, at the death, as Marcus Stoinis finished the game with two balls to spare.

Wade and Stoinis didn’t just help Australia get off to a good start in the tournament. They also provided, at least in the short term, support for Australia’s strategy.

How to Put Together Outfits with Clothes You Already Have?