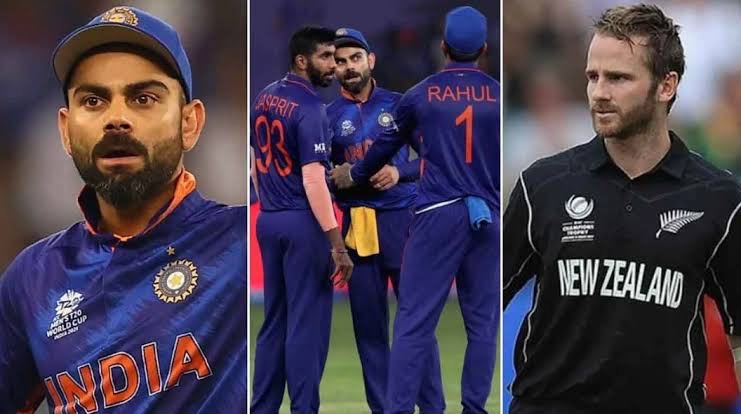 In their upcoming ICC T20 World Cup 2021 match, India and New Zealand will face off. The game will take place at Dubai International Cricket Stadium on October 31. In the T20 World Cup 2021, both teams are in Group 2. Both of them have only played one match in the tournament so far.

When Virat Kohli and Co. face New Zealand in their second match of the ICC World T20 2021 on Sunday, they hope to put behind Pakistan’s ground-breaking victory over their arch-rivals. India and New Zealand will meet in a do-or-die match at the Dubai International Stadium after suffering contrasting defeats at the hands of Babar Azam’s Pakistan. In India’s ‘virtual quarter-final’ match against the Black Caps, Kohli’s tactical nous will be put to the test.

Pakistan defeated India in the opening match of the ICC T20 World Cup 2021. When allowed to bat first, India could only manage 151-7 in 20 overs. Virat Kohli (57) and Rishabh Pant (39), respectively, scored half-centuries. Pakistani paceman Shaheen Afridi took three wickets and dealt a significant blow to India’s top order, breaking the backbone of the Indian batting line-up. Later, Mohammad Rizwan and Babar Azam of Pakistan slammed unbeaten 79 and 68, respectively. They put on an unbeaten 152-run stand for the opening wicket to help the team win by ten wickets. India’s bowlers struggled to keep up with their shrewd batting.

In New Zealand, the team had previously lost to Pakistan in the ICC T20 World Cup 2021. The Kane Williamson-led side could only manage a 134-8 when they batted first in the match. Devon Conway and Daryl Mitchell combined for 27 runs. Kane Williamson led the team with 25 runs. Haris Rauf took four wickets for Pakistan.

Pakistan’s batsman, Mohammad Rizwan, went on to score 34 runs. Pakistan, on the other hand, lost a few quick wickets at the top and fell to 87-5 at one point. Then, Shoaib Malik and Asif Ali formed a solid partnership to get the team’s remaining runs. Pakistan won by five wickets thanks to Malik’s 26 and Ali’s 27. Both batted until the end and remained unbeaten.

Kohli and Co. must end New Zealand’s dominance over the Asian giants in ICC events on Sunday to revive their World Cup campaign. India and New Zealand will compete for T20 supremacy at the Dubai International Stadium after competing in the inaugural ICC World Test Championship final. In ICC events, the Williamson-led New Zealand team has long been the top team for Team India.

Programs For Live HIIT Workouts – A Quick Way To Shed...