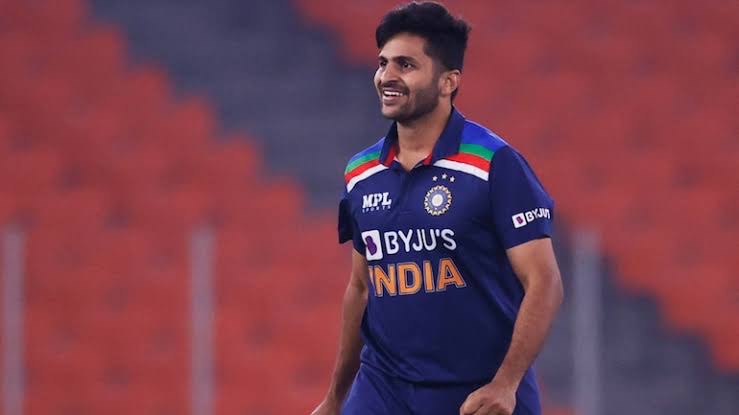 Shardul Thakur’s name is announced in the T20 World Cup squad, and Axar Patel has been replaced in India’s squad for the T20 World Cup 2021. Axar, along with Shreyas Iyer and Deepak Chahar, has been added to the standby list’s of the squad.

The T20 World Cup will be played primarily in the UAE – where the IPL 2021 is also being held and is currently in progress – with some preliminary games in Oman.

Thakur has had a good IPL season with Chennai Super Kings, picking up 13 wickets in the UAE tournament, tied for third-most in the tournament. Thakur has impressed with his 18 wickets for Chennai Super Kings in the ongoing IPL, with his strikes coming at crucial times, as evidenced by a Smart Wickets tally. With his all-around abilities, the medium-pacer has impressed across all formats. He has several variations up his sleeve with a ball in hand, and he has also demonstrated his ability to use it.

With Mumbai Indians pace all-rounder Hardik Pandya not being able to bowl during the IPL due to fitness issues and instead playing as a pure batsman, the selectors needed a like-for-like replacement. Thakur could well and truly replace Hardik Pandya in the Indian team’s seam-bowling allrounder role. Hardik did not bowl in the IPL, and if he is unable to bowl in the T20 World Cup, Thakur may be in line to fill that remaining gap.

Thakur has been a go-to man for CSK skipper MS Dhoni, frequently answering the captain’s call by picking crucial wickets at the right time.

Not just his IPL performance, Thakur has been impressive while playing for India in international cricket as well. He has picked up 67 wickets across formats for India and made a handy contribution with the bat lower down the order. He hasn’t had much opportunity to bat in The IPL, but he was sent up the order at No. 4 in the qualifier against the Capitals to utilise his ball-striking capacity. He, however, fell for a first-ball duck.

Thakur is expected to play a crucial role in the Indian squad to win another T20 World Cup trophy. The team’s balance will be essential, and Shardul Thakur will be bringing in the right balance for the team to follow.

Perks of a second-hand Luxury Car