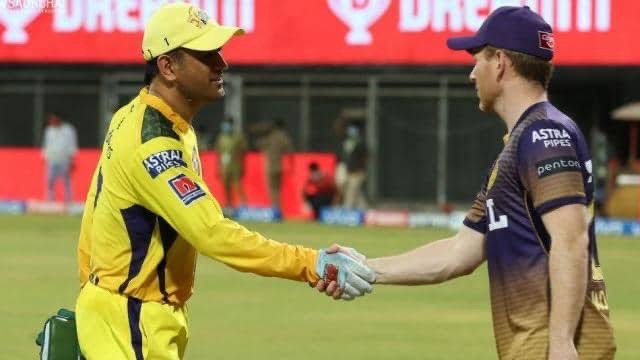 Eoin Morgan’s Kolkata Knight Riders advanced to the IPL 2021 finals with a three-wicket victory over Delhi Capitals in the second qualifier match. KKR, a two-time champion, has returned to the final after a seven-year absence. He won the IPL in both 2012 and 2014.

Looking at KKR’s journey into the finals of The IPL, In 2012 season of The IPL, KKR reached their first IPL final under the captaincy of Gautam Gambhir. In the tournament’s fifth edition, KKR faced Dhoni’s CSK in the title match, just as they did this year. The Knight Riders entered the game as underdogs, with CSK contesting their fourth final in five years of history of IPL.

In pursuit of the massive total, KKR suffered an early setback when Gambhir walked off after only two runs. However, Manvinder Bisla (89) and Jacques Kallis (69) formed a vital partnership. Last-minute brilliance from Shakib Al Hasan and Manoj Tiwary saw the team cross the finish line with two balls to spare. And KKR got their hands onto their first-ever IPL title.

Now Looking at the 2014 edition of The IPL, After a disastrous season in 2013, KKR made a comeback in 2014. This time, Gambhir’s team faced Kings XI Punjab (now Punjab Kings) in the final. KKR were left chasing a massive target after KXIP racked up 199 runs on the back of Wriddhiman Saha, who came all guns blazing and scored his maiden ton.

It was exactly the same scenario as in 2012, when KKR lost their opener early. Gambhir helped to steady the innings with a solid 23 off 17 deliveries. Manish Pandey’s brilliant knock helped KKR get close to the finish line. But he summoned on 94 with the team needing only 30 runs and 20 balls remaining. Yousuf Pathan’s quickfire 36 coming off just 22 balls, combined with Piyush Chawla’s cameo of 13*, was enough for KKR to win another title and lift their second IPL trophy.

It took KKR seven years to reclaim their place in the IPL finals, and this time they will be vying for their third IPL title. Sunil Narine and Varun Chakravarthy have solid spin chemistry for KKR, and the team also has a strong batting lineup. It will be interesting to see how it plays out against Dhoni’s CSK when the two teams face off for the IPL title in the final.

3 Reasons Why Fighting Is Good For Your Relationship