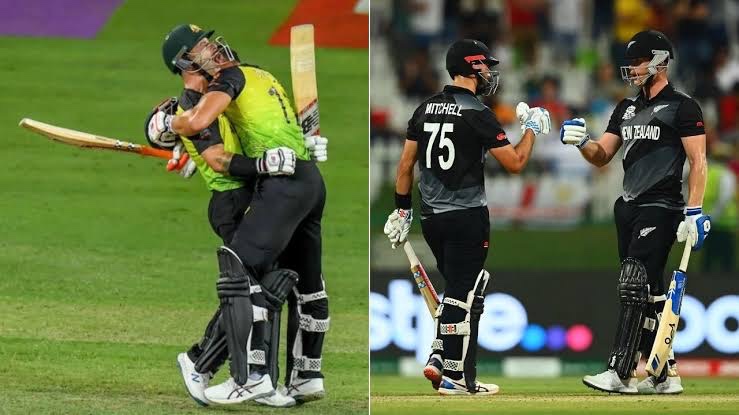 New Zealand will face Australia in the ICC Men’s T20 World Cup final on Sunday, with Kane Williamson’s side aiming for a second global title in a year.

It’s a hat-trick of ICC finals for New Zealand, the perpetual underdogs of world cricket who won the maiden Test title in June by outplaying India. They defeated England in the semi-finals to avenge their defeat in the 50-over World Cup final at Lord’s in 2019 when they were beaten on a boundary count after a Super Over.

In Dubai, New Zealand and Australia renew their trans-Tasman rivalry, with both teams aiming for their first global title in the shortest format. The match on Sunday will bring back memories of Australia’s win over New Zealand in the 2015 50-over final when they won their sixth ODI World Cup by seven wickets.

The last time these two countries faced a World Cup final was in 2015 when the trans-Tasman rivals co-hosted the 50-over World Cup. Even though Brendon McCullum’s side had edged Michael Clarke’s side in the group stage, Australia dominated the final at the MCG.

It won’t be easy for Australia to replicate history against a New Zealand side regarded as one of the strongest teams in international cricket across all formats.

When New Zealand and Australia meet in the ICC T20 World Cup Final in Dubai on Sunday, they add a new chapter to their trans-Tasman rivalry. So far, neither team has won the men’s T20 World Cup. Australia came close in 2010, finishing second, so the tournament will be won for the first time on November 14.

The momentum is with the Aussies, the most recent winners of a dramatic semi-final match against Pakistan, but that won’t deter the Blackcaps. They had to overcome a demanding test from 50-over world champions England just a day earlier in the last four.

After losing in the 2015 and 2019 World Cup finals to Australia and England, respectively, the summit clash will be New Zealand’s third consecutive World Cup final. Kane Williamson’s team will be looking to break that record on Sunday.

The Kiwis, on the other hand, have been dealt a blow with wicketkeeper Devon Conway being ruled out due to a broken hand sustained after he smashed his bat on dismissal in the semi-final. Jimmy Neesham smashed 27 off 11 balls in the team’s semi-final win over England, turning the game on its head and winning with an over to spare.

The difficulty with drafting Seifert is that he hadn’t played since New Zealand’s tournament opener when Pakistan defeated them. Conway batted at number four against England, but Seifert, who batted seventh against Pakistan, is unlikely to take Conway’s place at the top of the order.

Australia, on the other hand, has all of its players ready for the summit match and is expected to deploy the same lineup that upset Pakistan on Thursday.

In overall T20 matches, Australia leads the incumbent world Test champions, but the Blackcaps won their lone encounter in the World Cup, in India in 2016. The Australians won their last World Cup final in the 50-over format in 2015, and they haven’t won an ICC event since then.

Both Australia and New Zealand have played 14 T20Is against each other previously, with Australia winning nine and the Kiwis winning five.

Both teams advanced to the T20 World Cup semi-finals as the second-place finishers in their respective groups and then came into their own to defeat the tournament’s two most dominant teams.

In the series played in February-March this year, New Zealand won three of the previous five T20Is against Australia.

$exy Side of Rubina Dilaik Who Plays Role of Kinnar on...