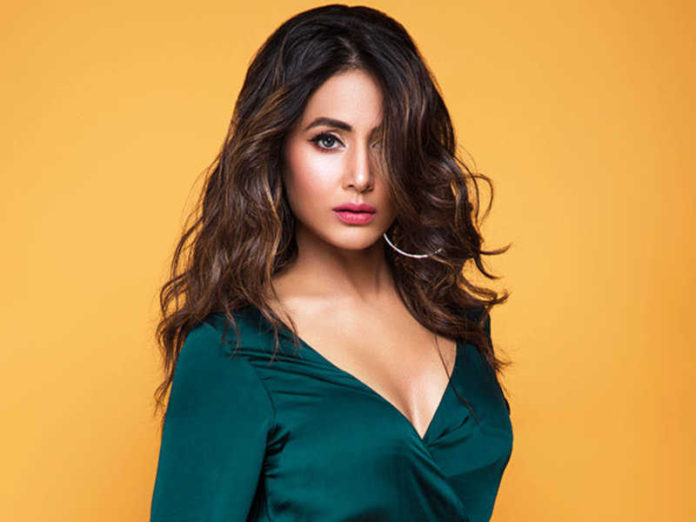 Every Day Is The Perfect Day To Refuel Your Soul, Give Yourself What You Need, And To be Grateful For All Your Blessings â¤ï¸… #sunday #sundayfunday #thoughts #goodmorning

Bigg Boss 10 fame Monlisa is currentlyÂ playing a character of Mohana on Star Plus’s popular show- Nazar. Recently the team of ‘Nazar’ called for the celebration as they completed over 200 episodes. Among all the pictures surfaced on the internet, Monalisa looked gorgeous in the pics. On-screen Mona’s character is seen wearing salwar suit teamed withÂ Phulkari and Banarasi dupattas. She have over 1.8 million followers on Instagram.Â The audience has appreciatedÂ Mona’s performance in ‘Nazar’ and the show is doing good on TRPs as well.

After playing protagonist for seven long years on Star Plus’s popular show- Yeh Rishat Kya Kehlata Hai, Hina Khan chose to play the iconic role of Komolika for Ekat Kapoor’s popular show ‘Kasautii Zindagii Kay’. One can’t deny that ‘Komolika’Â of season 1 was known for her distinct style statement and in season 2, Hina Khan has taken it to another level. Actress is killing it in every outfit. The way this TV vamp is carrying every new outfit in worth watching.

Sangeeta Ghosh is playing the character ofÂ Pishachini on Star Plus’s newly started show- Divya Drishti. The show is about two sisters who have supernatural powers and Sangeeta is a lead antagonist. Actress has been receiving a-lot of appreciation for her distinct look on the show. On show, she is usually seen wearingÂ a black choli and black slit-harem teamed up with a-lot of heavy silver jewelry from head to toe. Her bold make up emphasizes her character.

Even in her last show- ‘Rishto Ka Chakravyuh’, Sangeeta played the role of vamp. On that show Sangeeta donnedÂ various shades of saree which was very much appreciated. The way she pull off all the outfit with her intense roles is flawless.

Rakshanda is playing the caharcter of Sumitra in Ekta Kapoor’s supernatural popular show- Naagin 3 which airs on Colors channel. Initially her character was of sweet mother but as the weeks passed it was unfolded that she is the lead vamp of the show. Her character is mostly draped inÂ typical six yards of saree with minimum jewelry. Her heavy-smoky eye make-up gives the evil vibes to the character. When she was playing the positive side on the show, she was seen wearing light make-up and light pastel shade outfits but as her character turned evil she is now spotted wearing darker shades.

Shrenu Parik, who is best know for her role of Gauri in Ishqbaaz is currently playing a role of Vamp on Star Plus’s newly started show- ‘Ek Brahm Sarvagun Sampann’. Shrenu is playing the character of Janhvi Mittal on the show who intentionally got married in Mittal family to seek her revenge. This newbie antagonist is already making noise because of her flawless acting ability andÂ vibrant shades of clothes she wears onscreen. As her planning, plotting is getting intense on the show, her wardrobe is getting darker gradually.

How to Groom Your Beard and Use Beard Oil?