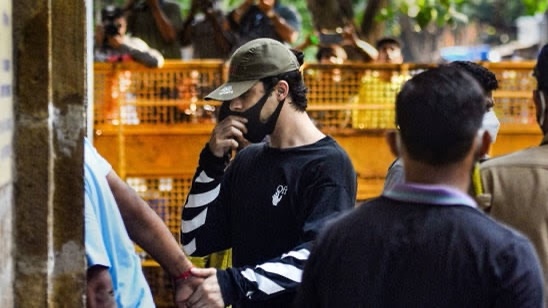 Aryan Khan the son of Mega-Star Shahrukh Khan waa arrested by The Narcotics Control Bureau (NCB) on Sunday 2 Octover. NCB has also arrested some other peope in the Mumbai Cruise Drugs case.

The accusations on Aryan Khan were that According to the arrest warrant that was released, Aryan Khan was placed under arrest at 2 pm on Sunday for “involvement in consumption, sale and purchase” of contraband. The warrant also revealed that the NCB had found more illegal and harmful drugs and also seized with the amount being 13 grams of cocaine, 21 grams of hashish and 22 MDMA (Ecstasy) pills.

Aryan Khan, the son of Bollywood actor Shahrukh Khan, is being held by the Narcotics Control Bureau (NCB) in connection with a drug case. Aryan was arrested by the NCB after attending a rave party on a ship sailing from Mumbai to Goa on Sunday.

At the same time, Aryan is now in the custody of the NCB until October 7. During this time, 8 other people, in addition to Aryan, are being questioned by the NCB. Simultaneously, it has come to light that no permission was obtained from the police to party on the cruise. The Mumbai Police have also begun an investigation into this matter.

Since receiving the remand, NCB has been questioning Aryan. if sources are to be believed, In response to the NCB’s inquiry, Aryan stated, “Papa is so busy that I often have to make an appointment with his manager Pooja to meet him.” Aryan has also informed NCB that he has completed a filmmaking course in another country. Let us tell you that Shahrukh Khan is constantly engrossed in his work. He was supposed to be filming for his upcoming film Pathan these days, but due to Aryan’s arrest, he is unable to do so.

Understanding New Yorkâ€™s Regulations on Getting a Medical Marijuana Card

These 9 Bollywood Biggies Faced Rejection For Their Looks Before Becoming...