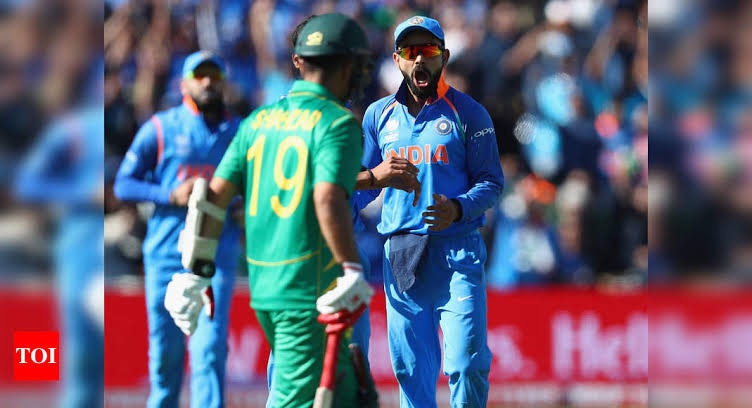 After a year of being halted due to the ongoing Covid-19 pandemic, the ICC men’s T20 World Cup is finally taking place after a long break and significant delay. The World Cup kicked off on Sunday, October 17 and will be held in the UAE and Oman until November 14, 2021.

The tournament, usually held every two years, will now be held after a five-year hiatus. The most recent edition was held in 2016, with India serving as the host nation and the West Indies winning for the second time.

India, the winners of the inaugural T20 World Cup, Pakistan, who also won the 2009 edition, and England, the ODI world champions, are among the favourites to win the coveted title this time.

India, who won the inaugural T20 World Cup in 2007, will be one of the favourites to win the tournament again this year.

Apart from the skipper, the Indian team, led by Virat Kohli, is currently ranked second in the world in the ICC T20I rankings and boasts a slew of match-winners in Rohit Sharma, Jasprit Bumrah, and KL Rahul, among others. Some additions of the youngsters will be a big boost as well, helping the side progress even further in the tournament’s later stages.

This edition, which was postponed from last year due to the ongoing Covid-19 situation, will be hosted by India. But it is now being played in the UAE and Oman due to the pandemic. India has played 72 international matches in the shortest format of the game since the last edition of the T20 World Cup in 2016, with a very healthy 65.3 win percentage. India has won 47 games and lost 22 during this time. They’ve also had a strong showing in the tournament. Overall, India has a 63.6 percent win rate in the ICC T20 World Cup, with 21 victories in 33 games.

Kohli captains the Indian T20I team for the final time after announcing his retirement from the position after the mega event. And as a farewell gift to himself, the team, and the cricket-crazed nation, India’s most successful captain in all formats will be looking to end his T20I captaincy with his first major senior ICC title.

WEST INDIES The defending champions – In today’s international cricket, the West Indies are a puzzle. They may not be as dominant in cricket as in the 1970s, 1980s, and early 1990s, but they have been blessed with numerous match-winners in recent years, particularly in the T20s. The Windies are not only the reigning champions, but they are also the only team to have won the T20 World Cup twice (2012 & 2016).

Cricket legends include Chris Gayle, Kieron Pollard, Dwayne Bravo, and Andre Russell. Even today, their players are in high demand in the various franchise-based leagues around the world.

Their only flaw is that they are inconsistent, which has landed them in 9th place in the current ICC rankings.

Their World Cup performances have been excellent, with 18 wins out of 31 games for a 58.1 win percentage.

In this format and competition, where they have traditionally dominated, they can be extremely dangerous. Carlos Brathwaite hit Ben Stokes for four consecutive sixes in the final over of the 2016 World Cup final, when the West Indies needed 19 runs to win.

On their day, the Windies have the players win close games on their own. As a result, opponents will see them as a dangerous team that knows what it takes to win the tournament.

The South Asian Southpaw. Pakistan, one of the most successful teams in the format and a former champion, is a clear favourite in the UAE. Pakistan finished second to India in the inaugural T20 World Cup but went on to win the following edition in 2009.

Pakistan has had an impressive 64.8 percent win percentage in T20Is since the 2016 edition and is currently ranked third in the world in the ICC T20I rankings. They have won 46 of the 71 matches they have played during this time while losing 20.

They also have an excellent overall record in the tournament, winning 19 of the 34 games for a 55.9% win percentage.

Pakistan poses an immediate threat to any team in the competition, led by one of the most exciting batters in recent memory, Babar Azam, and supported by experienced campaigners Shoaib Malik and Mohammad Hafeez.

Pakistan will be a force to be reckoned with in the UAE, especially given the familiarity of the playing conditions. They have spent the better part of the last decade as their home away from the home venue.

ENGLAND – The top ranked T20I side in the world, England, have emerged as the team to beat in the white-ball cricket in the last 5-6 years. They are the current ODI World Cup champions and also won the T20 World Cup in 2010, which was the tournament’s third edition.

They have the talent and experience to compete against any team in the format. England has evolved into an all-around team, particularly in white-ball cricket, under the leadership of Eoin Morgan.

They’ve won 30 of 50 games in this format since the last World Cup, for a win percentage of 60%. They do, however, have an abysmal World Cup record, having won only 15 of the 32 games they’ve played so far. However, with their current squad, England will be one of the teams to beat in this edition, and they will be aiming to add the T20 World Cup title to their ODI World Cup victory, making them world champions in both formats of the game.

7 Ways To Deal With Breast Cancer

Inspirational Quotes About Love and Relationships

8 Signs That You Are An Empath