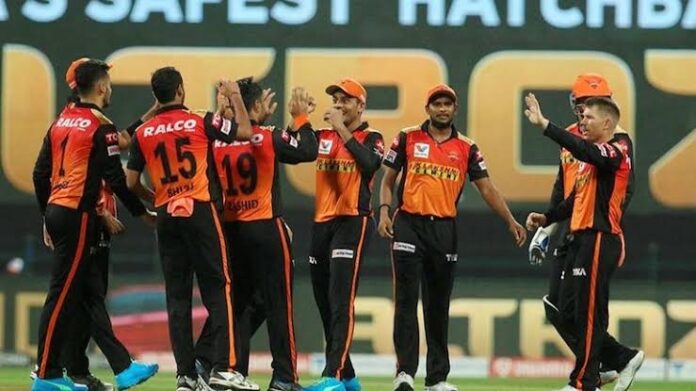 The players are kept in Quarantine for their safety and keep the rules regulated during the IPL phase when in the first half IPL was being in the Bio Bubble some of the players and staff of Kolkata Night Riders had tested positive for Covid-19 which included KKR player Varun Chakravarthy.

Following this incident of staff and players coming positive, there was a big problem in upholding the competition and to the continuation of it eventually, it was postponed for the 2nd Phase as the covid crisis was increasing in India it was later shifted in UAE.

Now Sunrisers Hyderabad player T Natrajan has tested Positive just before the opening match of his team with 5 other people of his team and management, Natrajan was also ruled out in the first phase of the IPL 2021 due to a Knee Injury for which he had to undergo a surgery.

He has been shifted to isolation and is currently asymptotic, the match will go on as per the schedule but this type of Negligence would cause more problems to the teams and will have a bad impact on their schedule and team meetings should be aware of stepping out somewhere else.

According to the guidelines that are applicable for this IPL, anyone who tests positive for Covid-19 must be isolated for a minimum of ten days. If they are tested negative on days nine and ten and can rejoin the bubble only after clearing both those tests and will be cleared to play further.