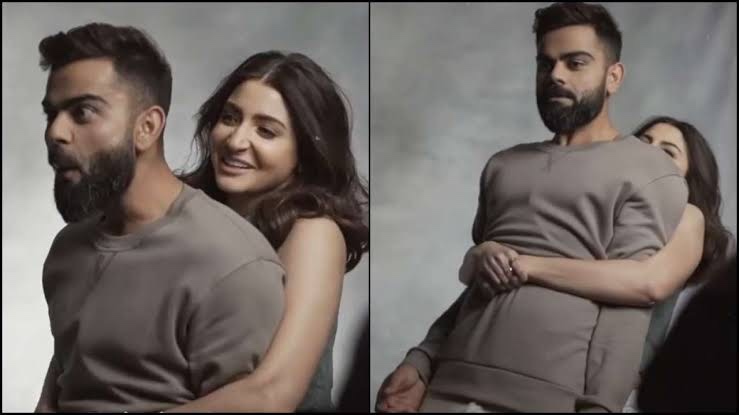 Anushka Sharma and Virat Kohli are unquestionably some of the best celebrity couples. They are successful in their fields and have set significant goals for themselves and their partner. Their incredible chemistry never ceases to astound their fans. The star couple never ceases to amaze us with their stunning holiday photos.

They both have a strong affinity for animals, and, as a result, they frequently post photos of their pets on social media. The fact that they respect and credit one another is what makes us adore them. Because of Virat Kohli and Anushka Sharma’s PDA, our hearts are always full of love. The couple tied the knot in 2017 with a small wedding on Lake Como in Italy, followed by lavish receptions in New Delhi and Mumbai. Check out Virat Kohli and Anushka Sharma’s incredible love storey, which will make you fall in love with the couple even more.

They first met in 2013 on the set of a TV commercial. Following that, the two became fast friends and began attending numerous celebrity events together. On July 21, 2015, in Mumbai, Virat and Anushka made their first and official red carpet appearance together at the Vogue Beauty Awards. In February 2016, Virat and Anushka reportedly took a break from their relationship to work out their differences and focus on their respective careers. They did, however, later on reappear at a screening together. The couple married in a secret ceremony on December 11, 2017, in Tuscany, Italy, after dating for almost four years. Virat and Anushka’s family and close friends attended the intimate Hindu wedding.

Without a doubt, when Virat and Anushka’s secret wedding went viral, their hashtag Virushka became the most popular on the internet. The couple’s social media posts with each other continue to give us major couple goals.