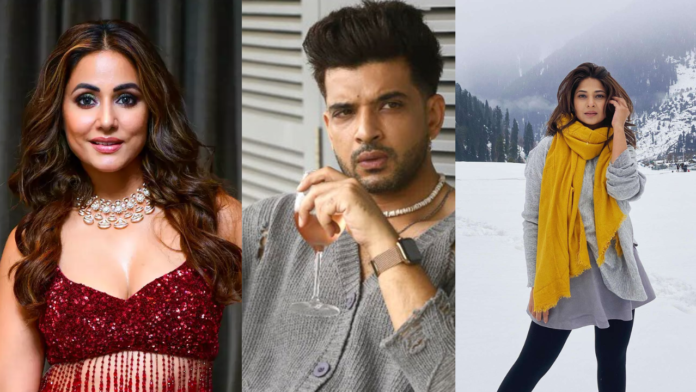 Hina Khan is one big name in television industry. She won millions of hearts with her debut show ‘yeh Rishta Kya Kehlata Hai’. After that audience got a chance to see her fearless side in the 8th season of Khatron Ke khiladi where she emerged out as a runner up. Post that she participated in Bigg Boss 11 where she gave major fashion goals to youth and won the title of most stylish celebrity of 2018. Must say Hina has aged like a fine wine over the years. Recent buzz states that she’ll be playing the iconic role of Komolika in Ekta Kapoor’s reboot of Kasauti Zindagi kay. Few reports also suggest that Hina is charging 2.25 lakhs per episode too.

Shaka Laka Boom Boom girl jennifer Winget has came a long way. She proved her acting versatility now and then. From essaying the character of Dr. Riddhima to business tycoon and a psychopath Maya Mehrotra, Jennifer has set high bars of acting skills. Even in personal life, Jennifer Winget has overcome beautifully. Right now she is a part of Colors popular show named Bepannah where she is playing the female lead and essaying character of Zoya.

Since Karan’s debut show Kitani Mohabbat Hai, actor has stopped aging. With each passing year he is getting hotter and hotter. Right now he is ruling over millions of hearts with ‘Dil Hi Toh Hai’ where he playing the character of ruthless business tycoon who does not believe in love.

Zee TV’s Asad Ahmed Khan aka Karan Singh Grover made his Bollywood debut in 2015 with romantic thriller ‘Alone’ opposite Bollywood’s bong beauty Bipasha Basu. Actor has aged gracefully in all these years.

Kasamh Se actress Prachi Desai keep giving her fans major fashion streaks. In all these years she has transformed into one fine old wine.

One can clearly see his transformation from his debut show Pavitra Rishta to his lastly released film Rabbta. He got abs to die for. Instead of aging all these years, he got even better and hotter.

Anita started her career in 2001 with one of the popular show by Ekta Kapoor Kabhii Sautan Kabhii Sahelii . In no time she became household name. After working for 18 years in the industry, instead of aging Anita is adding glamour quotient on cover of magazines and TV screen.

9. Shakti Mohan If you really wanna see Shakti Mohan’s transformation over the years then just play her audition tape from Dance India Dance. You’ll realize how she got even better by each passing day. Not just by appearance but her dancing skills too. She recently choreographed a track- Nainowale Ne in the movie Padmaavat.

Naagin fame Mouni Roy is on success spree after she made her big Bollywood debut with Akshay Kumar starer Gold. Actress is enjoying all the name and fame right now. Sometimes we can’t beleive on our eyes that she is same the girl who started her career in 2007 with the Ekta Kapoor drama Kyunki Saas Bhi Kabhi Bahu Thi.

5 Fantastic Tips for Taking Care of Your Feet This Winter