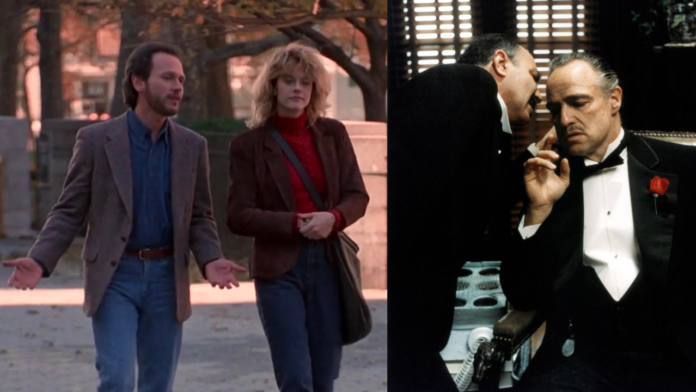 The era of 1980’s and 1990’s gave us some of the most epic and amazing movies of all the time. Some of these masterpieces are considered as a cult favorite today. Let us have a look at some of the movies released which are still popular today among the masses and which you should watch at least once before you die.

Having an awesome cast like Billy Crystal and Meg Ryan, When Harry met Sally is one epic love story you should not miss. This a love story about two people whose thinking are polar opposites. Harry is a person who believes that just friendship between a girl and a boy is not possible, Sally on the other hand thinks that this is not true. What follows is a hilarious yet beautiful journey into their lives. The movie’s dialogues are famous even today. This is a feel-good movie not to be missed.

The movie is loosely based on and adapted from William Shakespeare’s play The Taming of the Shrew, The movie’s star cast consisted of the one and only Heath Ledger, Julia Stiles, Joseph Gordon-Levitt and Larisa Oleynik. The movie revolves around the life of some high school students. Cameron has a crush on Bianca. Bianca’s dad says that she is only allowed to date if her elder sister Kat starts dating someone. Cameron asks for Patrick’s help so he can take out Kat who is notorious for her temper.

This is considered as one of the most epic cult movies of all times. The movie is based on a gangster family and their complex relationships. The movie starred Al Pacino and Marlon Brando who are still remembered for their marvelous acting in the movie which made this so great. The movie grabbed five Golden Globe awards which was the highest until 2017.

This movie about five troubled teens, still touches the heart of many today. This epic cult is based on five high school students who are locked in a classroom together on a Saturday for detention. Each one of these teenagers hail from different economic and social backgrounds. This movie gave an insight into the lives of teenagers and also made us think how what we see on the outside is not always true. How the relations of these students change with each other at the end of the movie is a pretty interesting thing to watch.

A man with a low IQ, Forrest Gump is a good person nonetheless. The movie revolves around his life as he tackles different problems with his own solutions and the way with which he deals with his life. We are forced to ponder over our life’s purpose after watching this soulful and heart wrenching movie. It just pulls at the right strings. So what are you guys waiting for? Download the movies right now and enjoy a beautiful day watching the masterpieces.

Movies to Watch with your Partner on a Date Night