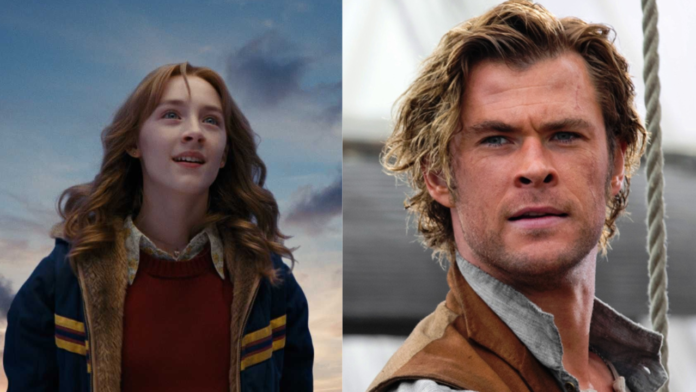 Here is a list of movies that were considered to win Oscars. Let’s find out if they really did.

Starring in this movie is the one and only Will Smith. He played the role of an IRS agent who takes a decision to transform the life of seven strangers around him. Rosario Dawson who starred as one of the strangers in the movie is also shown as his love interest. This movie turned out to be a turn off for many critics and as a result lost it chance of grabbing an Oscar. The audience termed its ending weird.

The movie starred Hilary Swank who played the role of everyone’s beloved Amelia Earhart who was an aviator. Despite being a winner of two Oscar awards herself , Hilary could not save this one crappy movie from tanking. The biopic was considered a big failure and the director Mira Nair received a lot of flak for it. Despite Hilary’s resemblance to Amelia, her accent was way off that irked the critics as well as the audience. Even Richard Gere, who starred as Amelia’s  publisher and spouse George Putnam  was unable to prevent this one piece from failing miserably.

The movie was directed by Peter Jackson. It starred Stanley Tucci, Saoirse Ronan, Rachel Weisz. The movie revolved around the murder of a girl. Audience as well as the critics had high hopes from this one after the grand success of The Lord Of The Ring series. Audience were of the opinion that the movie was a lot draining emotionally. Stanley Tucci was nominated for the Best Supporting Award for the movie and that’s it. No other awards for this multistarrer failure.


This was the biopic of the late Princess Diana. The movie revolved more around her love affair with Pakistani Surgeon Hasnat Khan, and less about the charity work with which she was involved in regularly. Focusing more on the last two years of her life, the movie lost its focus for grabbing the Oscars. The role of Princess Diana of Wales was played by the one and only Naomi Watts, who, a point to be noted, received the nomination the Worst Actress Razzie. Now that’s something!!

The movie starred Leonardo DiCaprio, Armie Hammer and Naomi Watts. It was directed by Clint Eastwood. The movie revolved around the life of J. Edgar Hoover, who is the reason we have FBI on this planet. A movie made with a budget of $35 million the movie was expected to do a lot better than it really did. The movie was labelled as slow paced which was not able to hold the audience interested for a long time. Leonardo DiCaprio received a Golden Globe award nomination for his  role in this piece.

Have any more movies in mind the we can add to this list ? Comment down below and lets us know.

Stay tuned with us for more articles like this.

Movies You Need To Watch Before You Die

Movies to Watch with your Partner on a Date Night