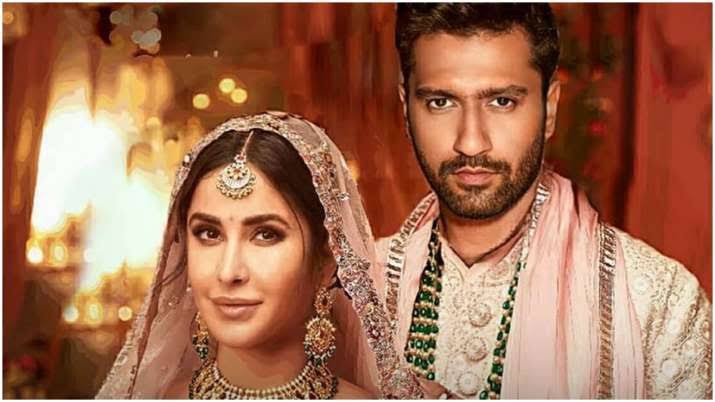 The year 2021 has the potential to be known as the “Year of Celebrity Weddings.” We saw the most eligible bachelors and bachelorettes in Indian cinema stroll down the marital aisle, from Varun Dhawan to Rajkummar Rao. But it’s also fair to say that the enthusiasm surrounding Vicky Kushal and Katrina Kaif’s wedding festivities, which are currently underway in Sawai Madhopur, Rajasthan, is on another level entirely. Bollywood fans are having a lot of fun with the much-anticipated wedding, from shaky videos of the site to crazy barbs at the guest list.

The wedding of Katrina Kaif and Vicky Kaushal will be spectacular in every sense. The wedding will take place tonight at the Six Senses Resort of Fort Barwara in Sawai Madhopur, Rajasthan, and the countdown has already begun. Katrina Kaif and Vicky Kaushal have chosen the most lavish ways to make their grand entrances to the mandap: the actress will arrive in a doli, while Vicky will arrive in a carriage driven by seven white horses. A horse carriage and a traditional Indian Doli have been stored within the resort for the major wedding festivities, which will take place in an extravagant glass mandap, according to the magazines.

On Diwali, Katrina and Vicky got engaged at the home of Ek Tha Tiger filmmaker Kabir Khan. He’ll be attending their wedding as a guest. Radhika Madan, Malavika Mohanan, Neha Dhupia, and Angad Bedi are among the prominent celebrities that will be in attendance.