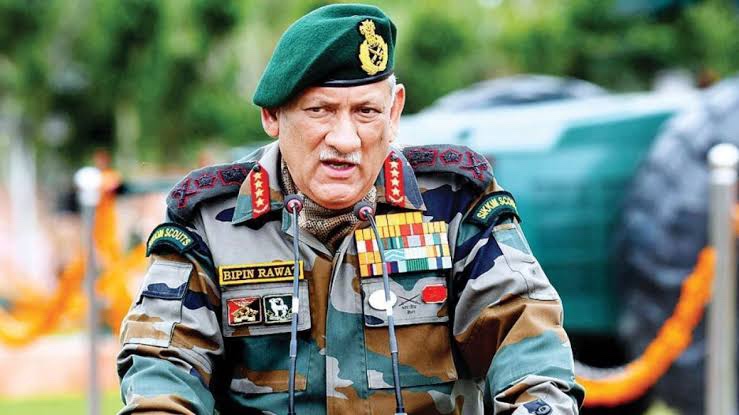 General Bipin Rawat, India’s first Chief of Defence Staff (CDS), died in a helicopter crash near Coonoor in the Nilgiris on Wednesday, leaving behind a capable and experienced military leader. When the Indian Air Force’s Mi-17V5 chopper came down in a highly wooded region, his wife, Madhulika, and 11 others died. In Parliament, Defence Minister Rajnath Singh declared that the event will be investigated by a tri-service probe led by Air Marshal Manvendra Singh, Air Officer Commanding-in-Chief, Training Command, IAF. Air Chief Marshal V.R. Chaudhari, the chief of the Indian Air Force, has already visited the crash site; the cockpit voice and flight data recorders have been recovered, providing investigators with information on how the incident occurred. The investigation must be completed properly and quickly.

Without guessing on the cause, it’s important to note that given that these Mi-17VF choppers are being utilised to transport top military leaders across the country, rapid course corrections in training or hardware are critical.

When the Coonoor tragedy occurred, Gen. Rawat had only been in his position as CDS for two years. He slipped into his new post as CDS the next day after ending his time as Army Chief on December 31, 2019. Many of his ambitions to provide India with true tri-service operational capabilities have yet to materialise. In such a circumstance, the government should move quickly to nominate its successor so that the ideas on the drawing board are not jeopardised. India’s security issues are defined by an assertive China and a still militant Pakistan.

With Indian and Chinese troops staring each other down, the situation along the Line of Actual Control (LAC) remains tense. Gen. Rawat, who was known to be close to the ruling establishment, had never held back when speaking about the country’s issues and had been involved in political controversies. Though a group of ministers suggested having a CDS after the Kargil war in 2000, it took another 20 years for one to be appointed. The CDS, who serves as the Defence Minister’s Principal Military Adviser, is intended to work with the three service chiefs, who will continue to operate in their respective domains — a job and function that is still being developed.

The Government will do well to remember the idea of seniority when selecting Gen. Rawat’s replacement to guarantee that the new CDS and service chiefs work as a team.

How To Get Strong Healthy Bones?