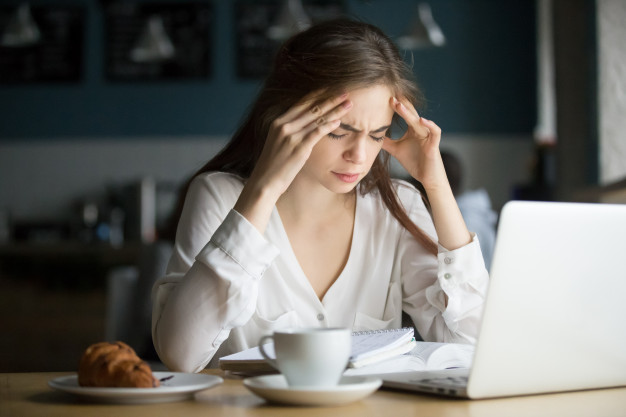 Recently, I listened to a migraine program in a radio station. The neurologist talked about how to deal with her, that the treatment should be started as soon as possible. She mentioned the names of the drugs that are prescribed to patients. She also said that people heal themselves and thus first addicted to medicines, and secondly they destroy their health, because the treatment should be adapted to the intensity of the illness and to the patient.

This is an extremely severe headache accompanied by eye pain, photophobia, hypersensitivity to sounds and smells, every head movement is unbearable, often vomiting. You can not function normally then. I feel sorry for. I used to have such pains. They happened twice a year. For me, 1000mg of paracetamol swallowed at once helped. While listening to the program, I realized that I had not had such pain for four years!

After returning home, I made a mistake on the internet. On one of the health-dedicated portals I read a letter from a lady who had the impression that her migraine problems are related to the digestive system and reported symptoms as headaches, eyes, photophobia, vomiting, a few badly smelling defecations, sometimes accompanied by mucus and blood.

Migraine headaches – how to fight them?

If episodic migraine becomes frequent, prophylactic treatment should be started. And some antidepressants, some anti-epileptic drugs, calcium channel blockers, beta blockers are used for this. The condition for the success of the therapy is the use of these drugs for a sufficiently long time and in sufficiently large doses.

I realize that the problem is deep and there are a lot of resources that can be given to the patient. I will not analyze them because I do not want to write about it. I just wanted to give you some examples – migrants know what’s going on.

The neurologist said they were worried about how they would deal with migraines when they got pregnant. And you know what your neurologist said to you? That pain in pregnant women passes. That they are to devote this time to themselves and to their child. They have to take care of themselves.

I was pregnant three times and I know that it is a time when we pay special attention to what we eat so that the child is as healthy as possible. We do not drink carbonated beverages, coffee, alcohol, do not eat sweets, fast food, we often give up dairy products.

But is the patient told that he should take care of himself? That he should look at his diet? Go to at least a dietitian? Or maybe check that the candida fungus is not overgrown? Or maybe he has parasites? Or maybe it combines foods badly? Or maybe he has an acidified organism? Unfortunately, the neurologist did not mention anything about it. It is a pity, because, for example, parasites can cause symptoms in the form of headaches, weakness, fatigue, insomnia, nerve hyperactivity, lack of appetite or excessive appetite, weight loss, rashes, nausea, vomiting, diarrhea, abdominal pain, anemia, dyspnoea attacks. At the candidiasis, there are gases, nausea, bloating, diarrhea, constipation, abdominal pain, unpleasant smell from the mouth, excessive appetite for sweets. Mushrooms attack the sinuses, tonsils, vagina. There may also be rashes and skin allergies. Toxins produced by yeasts can enter the brain and affect the central nervous system causing chronic headaches, general malaise and constant fatigue, difficulty with concentration and memory, restless sleep, mood swings, including depression.

Each of the given reasons is worth trying to overcome with a change of lifestyle, before you reach for medicines that, acting on one, can spoil the other.

Do not get me wrong, I do not advise against going to a neurologist. As soon as I would like to first think about how to nourish the patient.

And although I realize that sometimes drugs should be taken, I know that this should not be the first choice, because it is not indifferent for either the body or the wallet.

Yes, everything comes from the intestines.

Diseases, susceptibility to stress and, consequently, migraines. So what do you do with this?

Change your life for the better. How? At the beginning do what I wrote earlier and start drinking the right amount and quality of water. Water gives energy and cleanses the body. How? Every cell in your body needs oxygen and nutrients to live. They will not appear there themselves, they are supplied with blood. However, for the blood to reach all cells, including the farthest ones, it must be sufficiently thin.

Someone who was with a small child in the collection of blood could meet with the recommendation that before coming to give the child to drink at least one cup of water. Thanks to this, his blood gets thinner and it is possible to download it, otherwise – flap!

It’s similar in your body. Thick blood, especially after an overnight sleep, is not able to reach all starving cells – that’s why in the morning, “you need coffee to stand on your feet. In the meantime, a glass of slightly warm water is enough. Try it for a few days – you will surely feel the difference.

But that’s not all, the same blood that nourishes your body (in harmony with lymph) cleanses it. It removes metabolic products and carbon dioxide. What happens to cells to which dense blood is unable to reach? They starve because of lack of oxygen and food while melting in their own metabolism products.

I think there is no doubt why drinking water, especially in the morning immediately after getting up, is so important.

If you want to get rid of health problems, start with what I wrote above, and then come to cleanse the body of the impurities in it, change the lifestyle that is conducive to your health.

The body starts with the least supplies it needs. In the first place, deposits, excesses, aged cells and degenerations are used up.

You can read more about the mechanisms of cell detoxification and internal nutrition here.

If you are worried that vegetable and fruit purification will be too restrictive for you, you can do milled detox for the beginning. It’s easy and effective. You can also attach supplements to each detox that help speed up the process of cleansing and regeneration of the body and make it look and feel mucky. But not everything at once.

First, start with anything, take the first step and give yourself a chance for a better life – free from the pain, anguish and sometimes unwanted fat (when you have it).

But that there would be no misunderstanding – this is not something to do in a few days. Changing your lifestyle is not a tablet that will work quickly (though unfortunately for a short time and with negative side effects). Changing your lifestyle is a process that requires dedicating a little time to reading and listening to how to do it. If you are reading this article, you are already well on your way.

Backlinks Tracker, Why It’s The New Trend in the SEO Industry

Tribute To LT. Gen Bipin Ravat and His Achievements !

Top Things You Should Know Before Investing in Commercial Real Estate