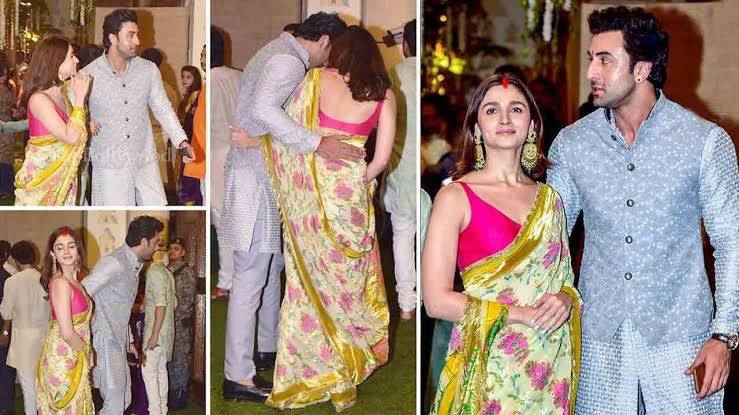 Recently, the tinsel town of Bollywood has been buzzing with wedding rumours involving some of the industry’s most well-known figures. It doesn’t matter if it’s about the rumoured couple Vicky Kaushal and Katrina Kaif or Rajkummar Rao and Patralekha, who have been together for a long time. According to reports, Ranbir Kapoor and Alia Bhatt will tie the knot in December of this year. According to recent reports in a leading newspaper, Ranbir and Alia will not be marrying this year.

The wedding season is approaching, and there have been numerous confirmations and rumours circulating in Bollywood. ETimes have confirmed the matrimonial news from Katrina Kaif-Vicky Kaushal and Rajkummar Rao-Patrelekhaa. This time, however, we bring you some less happy news. Ranbir Kapoor and Alia Bhatt were rumoured to be getting married this year just a few days ago. However, a source close to the couple told ETimes that Ranbir and Alia are looking forward to exchanging vows, but it won’t happen this year.

While the source did not confirm the exact date of the big day, there was a strong indication that it would take place in 2022 rather than 2021. As a result, Ranbir and Alia will not be marrying this year, and certainly not in December.

The actors have big plans for their wedding and don’t want to rush things. “Alia and Ranbir have grand plans for their wedding, which is why they are not going to rush into it,” a source close to the couple told the news portal. They’ve been planning their big day for a long time, and it will most likely take even longer.” According to recent reports, Alia and Ranbir have both cleared their schedules for November and December, fueling speculation about a December wedding. While a source told ETimes that the much-in-love couple isn’t getting married anytime soon, it’s safe to assume it will happen in 2022.

Shamshera, Animal, and the untitled Luv Ranjan film are among Ranbir Kapoor’s upcoming filmography. He’s also said to be working on a project with Hrithik Roshan on Nitesh Tiwari’s Ramayana.

Few Tips of Leading a Healthy and Balanced Lifestyle

Top 5 Things To Do in Mathura