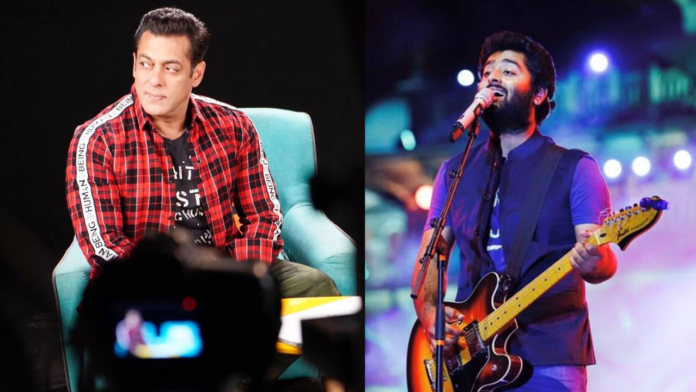 After all the mess, or you can say misunderstanding that happened between Salman khan and Arjit is known by all. Here is one more, Arjit Singh to sing in Salman Khan’s Tubelight.
You heard it right.

On being asked Arjit about the same, he said “Well, I will sing in Tubelight again. But after that, what will happen I don’t know. But I will definitely sing because nobody can stop me from singing a song. Phir uske baad kya decision hoga woh toh unke upar hai. Unki naarazgi kitni hai un pe depend karta hai”

Firstly the song Jag Ghoomeya was sung by Arjit but due to some matter between him and Salman the song was re-recorded in Rahat Fateh Ali Khan’s voice.
Asking “Tum hi ho” singer about this, he said “Of course, I was sad. Not because I couldn’t be a part of Sultan, but the song is really very good. How Rahat Fateh Ali Khan has sounded in that song, there is no doubt about it”.

“That song will obviously make me feel sad every time I will think about it. But no issues, I’ll move on. When the song was released, I was singing it throughout. It is such a nice song. It is very rare that songs like these are made,” he added.

Well, Arijit did apologise to Salman several times, but nothing worked in his favour.