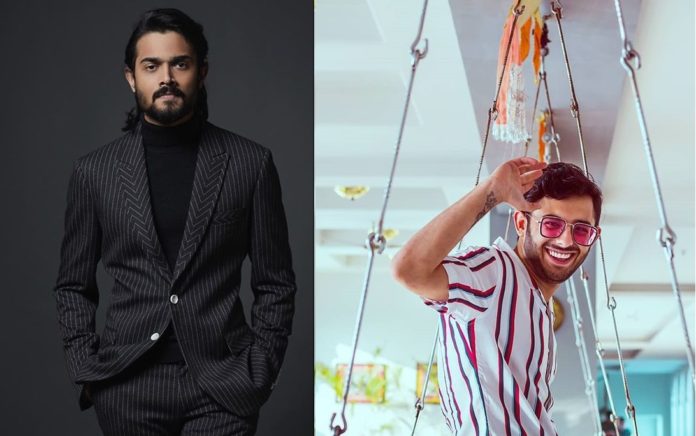 YouTube today is the largest video sharing platform available online with millions and millions of videos you can binge watch anytime. It is primarily owned by Google and has billions of users worldwide. Literally anyone can upload a video on YouTube by creating their YouTube channel and that video is available online for everyone to watch. YouTube is a big source of income for many creators who upload and share their content through this platform. In India also YouTube has a very big following and is common to every household. From a mother who loves watching cooking shows to a child who watches his favourite cartoons online to the millennial youth who watch shows and web series, YouTube is a hit big hit among Indians. Today we are going to tell you about the Top 5 Most Popular YouTubers in India. So lets go.

Bhuvan Bam famously known as BB is literally a one man army. He has over 17 million subscribers on his official YouTube channel BB Ki Vines. In his videos, he himself plays 5-6 different characters and makes really entertaining and funny videos and videos related to the present scenarios in the society. He has about 15 different characters of his own of which Bhanchod das , Sameer , Hola and Angry Masterji are some of the fan favourites. Also he is a great musician and has done many songs and videos. He is won various awards at the international level and dreams to make big in bollywood.

Ashish Chanchlani is at the 2nd position in terms of YouTube subscribers in India. At present he has around 18.4 million subscribers on his official YouTube channel Ashish Chanchlani Vines and has over 19 billions views in total. He has more than 100 videos on his channel and he makes really funny and hilarious videos. He is a big marvel fan and is also famous for his funny dubbing videos. Ashish has a big following on other social media platforms such as Facebook and Instagram and has a huge fan following among the youth. So make sure to visit his YouTube channel.

Ajay Nagar a.k.a Carry Minati is very famous YouTuber and live streamer and currently has the third highest number of subscribers at more than 18 million subscribers. He is very famous for his roasting videos and was currently in news for his video YouTube vs TikTok which went viral and broke many records such as fastest video to 5 million likes and many more records but unfortunately this video was taken down by YouTube for violating its community guidelines . He is also a pro gamer and he live streams his games on YouTube. He is also famous for his charity work and he is considered as the best roaster in the country.

Gaurav Chaudhary a.k.a Technical Guruji is also a very famous YouTuber who has made it big through this platform. As the name suggests the channel itself is related to technology and the main focus of thus channel is to provide you with all the information about the latest technology such as smartphones , various applications , headphones and what not. Gaurav rates and reviews all the latest products and tech brands and share the features of the products through his videos. His videos are really entertaining and also gives a lot of knowledge about the latest products and technologies available in the market which helps you to compare and choose the right product according to your needs. His channel Technical Guruji has around 16.8 million subscribers and is going stronger day by day.

Amit Bhadana is currently at the 5th of the charts with 19.7 million subscribers. In terms of subscribers he is at the no. 5 position in the category of individual content creators. Amit is born and brought up in Delhi and at such a young age he has achieved so much. He uploads mainly funny videos on his YouTube channel and his videos get views in millions. He uploaded his first video in 2017 and has never looked back since then. He currently has about 70 videos on his official YouTube channel and has garnered over 15 billion views in total.

So we hope you liked our article so make sure you go and check out these cool YouTubers and keep yourself entertained.