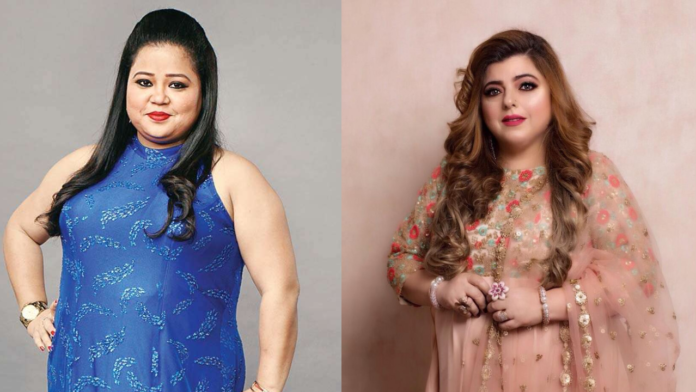 Akshaya Naik rose to fame by essaying the character of Ananya in Star Plus’s one of the popular show- ‘Yeh Rishta Kya Kehlata Hai’. Along with acting, she is a dancer and blogger too.Â Akshaya Naik has won the title ‘Bliss 2016’ in 2016.

Over the years Bharti Singh has became a brand herself. The queen of comedy- Bharti Singh is one of the most popular celebrity in India. She got a great fan following. Along with comedy, Bharti participated in Fear Factor: Khatron Ke Khiladi 9 and dance reality show Nach Baliye Season 8 along with her boyfriend Harsh. If reports are to beleived then couple was the highest paid contestants on the show.

In television industry, Anjali Anand is one of the popular name. She is currently playing the character of ‘loveleen’ in Star Plus’s hit show- ‘Kulfi Kumar Bajewala’. Last year she made her television with show named Dhai Kilo Prem.

She is known for her role in popular TV show Mahi Way. Once actress said that she is not just an actor but a healer too. She uses various techniques like reiki and crystals for healing.

Rytasha Rathore is one of the popular theater artist who made television debut with show named ‘Badho Bahu’ in which she was paired opposite Prince Narula. She is also popular on social media because of her comedic sketches called Kaarnamey. Earlier actress expressed that she was scared of doing TV. “I never wanted to be on TV. It was never my aspiration to be a TV actor. It just kind of happened. I wasn’t apprehensive, but knowing the time commitment required from the lead actor , I was a bit scared that I won’t be able to do other stuff. That was my big concern,” Rytasha told PTI.

Vahbiz Dorabjee made her television debut in 2010 with Ekta Kapoor’s supernatural show-Pyaar Kii Ye Ek Kahaani where she essayed the character of Panchi Dobriyal. On show she fell in love with the lead actor Vivian Dsena and after years of courtship couple got married but later on things didn’t work out and got divorced in 2017. Vahbiz also appeared on shows like Saraswatichandra and Bahu Hamari Rajnikanth.

Choose the best Fashionable Hairstyles for any Occasion

PayPal Business Referral Program and Earn Up to 100$

9 Pics of Vrushika Mehta Will Make You Fall For Her