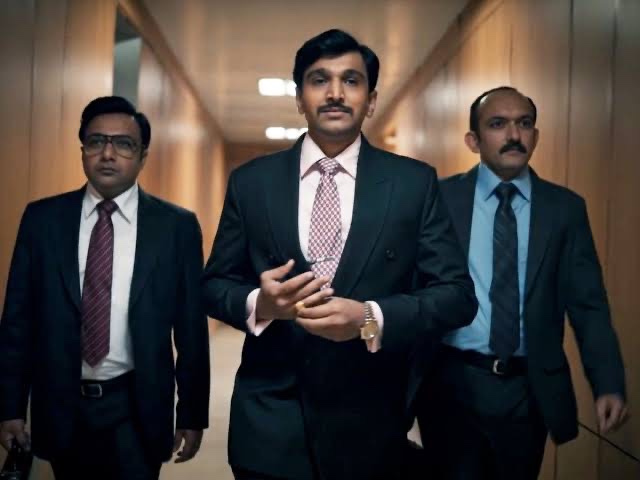 Scam 1992 the Web Series is based on the life of stockbroker Harshad Mehta. He on his own terms of trades took the stock market to dizzying heights and took them to a whole new level, and also led to his catastrophic downfall.

The events built by the theme of Bombay in the 1980s and 1990s have been perfectly matched by the makers, recreating Bombay and the old traditions of business, stock market, and banks may have been a difficult task. However, the team’s research and analysis are flawless, and everything appears to be in place. With excellent cinematography, the show successfully creates a mood for the audience that corresponds to the story.

Everything is perfect, from the title song to the casting, writing, and direction. While the show’s attention to detail is admirable.

A big thumbs up to every writer because the show not only impresses financial and economic geeks but also explains everything to the audience.

The show’s writers understand how to connect with their viewers and make them understand technical terms like Bull, Bear, Big Bull, BR, SGL, PDO, and others. They take a very technical and practical approach, defining the terms first and then gradually and steadily explaining them in stages. This not only connects the audience to the drama, but it also piques their interest in what comes next.

Most Indian thrillers and dramas suffer from showing romance in a cheesy or cringe-worthy manner. The chemistry shown between Harshad and his wife Jyoti, as well as the romance between Sucheta and Debashish, is so refreshing and adds to the beauty of the show.

Scam 1992 is a huge relief! While romance is a major component, it never feels out of place.

Harshad Mehta’s story is that of a man whose wealth and power stemmed from his ability to exploit loopholes and profit from systemic corruption. His unbridled ambition and greed would lead to his demise, which serves as a cautionary tale for brokers and others involved in the stock and money markets.

In a nutshell, the series serves as a reminder that ethical practices are important. Scam 1992 has been able to put on a good show.

5 THINGS NOT TO DO WHEN RENTING A CAR