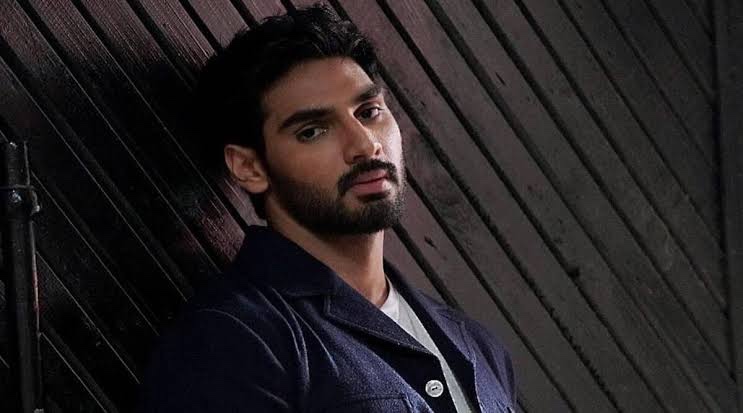 A heroic entrance on a motorcycle riding over the hills, with a music playing in the background, a joint being rolled, and a few close-up images of a tough man. Before we see Ahan Shetty’s face on television, we watch his punch smashing the door open, kicking off his acting career in style. It takes a lot of work to launch a starkid, which is why there has been so much anticipation and expectation from Tadap. Ahan Shetty, Suniel Shetty’s son, makes his acting debut in this film. Milan Luthria’s directorial Tadap dishes up raw action peppered with heavyweight words, old-school romance, passion, deception, bloodshed, and a few poetic lines to lend a hint of comedy, as a remake of the 2018 Telugu film RX 100, which was based on a true storey.

Ahan, the son of Suniel and Mana Shetty, has been gaining a lot of attention on social media. Ahan Shetty is one of the most popular star kids on the block, from showing his biceps to taking exotic vacations and enthusiastically playing football. The 25-year-old aspiring actor who will be soon makuing his impact on the big screen.

Ahan Shetty, Suniel and Mana Shetty’s second child after Athiya Shetty, was born on December 28. Ahan is currently concentrating on his big Bollywood debut, having completed his education. He’ll be following in his father’s footsteps into the profession soon, and he’s already landed a dream debut.

Ahan Shetty is frequently photographed with celebrities such as Ranbir Kapoor, Dino Morea, Aparshakti Khurrana, and Leander Paes when playing football. The aspiring actor appears to be a sports fan who routinely joins B-town actors on the field for a game.

Tadap appears to be a traditional love storey set in Mussoorie, involving a poor man, Ishaana (Ahan), who falls in love with a wealthy girl, Ramisha (Tara Sutaria). Her politician father forces her to marry a London businessman (played by Kumud Mishra). However, there is much more to the storey than meets the eye.

9 Pics of Vrushika Mehta Will Make You Fall For Her