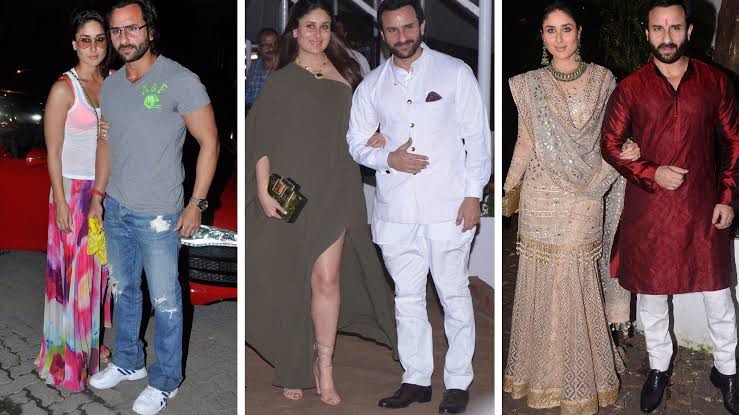 Marriage, according to popular belief, entails falling in love with the same person over and over again, and Kareena Kapoor Khan and Saif Ali Khan are living proof of this. The couple, known in Bollywood as royalty, continue to be head over heels in love with each other and are not afraid to flaunt it. After dating for a while, Kareena and Saif tied the knot in 2012, and their dreamy romantic fairy tale began on October 16.

Saif and Kareena are now not only a well-known couple but also accomplished professionals. They have two sons, Taimur Ali Khan and Jehangir Ali Khan, They are devoted parents, and all adore their picture-perfect family. But, amidst all of life’s craziness, what remains is how Saif and Kareena continue to focus on their relationship and, in the process, impart relationship lessons to fans that could be the key to a happy marriage.

Let’s be honest, when you’re as successful as Kareena Kapoor and Saif Ali Khan, time is a luxury. Despite their busy work schedules, shoots, and other commitments, the two continue to be each other’s biggest supporters, as evidenced by their actions. Kareena Kapoor and Saif Ali Khan make it a point to spend time together. Saif helped Kareena realise that she could do it all, including acting and raising a family, according to Kareena. When his second son was born, Saif took time off from the Adipurush shoot with Kareena. The couple continues to be each other’s strongest supporters, as evidenced by their actions. In their marriage, Saif and Kareena have demonstrated how they value each other’s uniqueness. In a recent interview, Saif stated that telling the other person what they can and cannot do is never be done in a marriage. You let each other do whatever they want, he said. I don’t tell her (Kareena), but I think what she does is fantastic.

Saif and Kareena have repeatedly demonstrated their commitment to this in their daily lives. They have stated this fact numerous times, and their actions demonstrate that they are committed to it. Saif had previously said on Kareena’s show What Women Want that a happy marriage results from understanding and balance. “If you have slightly different things to do,” he had said, “if there is a little bit of freshness when you meet at the end of the day or after a couple of days if you have some new ideas to swap,” he had added. So whether Saif is at home reading or Kareena is hanging out with her girl gang, Saifeena makes sure they both have their own time and space while still being there for each other.

8 Oversize Actresses Who Are Ruling The Industry Despite Being Fat

Mega Starrer Movie ’83’ to be released this Christmas more details...