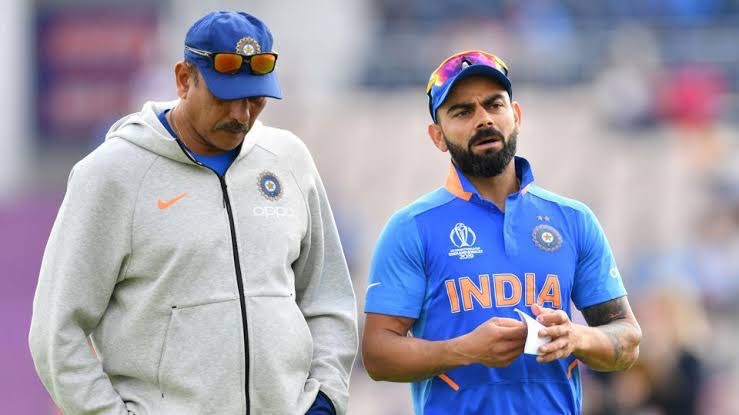 Team India’s 2021 T20 World Cup campaign came to an end on Monday with a 9-wicket win over Namibia in a T20 World Cup match played on Monday. It was a win that felt like a loss in many ways, because the campaign had been rocked early on by two major and, to be fair, surprising losses to Pakistan (by 10 wickets) and New Zealand (by 8 wickets).

Ravi Shastri’s tenure has come to an end with India’s campaign at the ICC Men’s T20 World Cup 2021 coming to an end. On Monday (November 8), Team India played their final World Cup match against Namibia, signalling the end of Shastri’s tenure as coach. Not only that, but it was also Virat Kohli’s final T20I as captain.

As Virat Kohli’s T20I captaincy comes to an end, so does Ravi Shastri’s tenure as Team India’s head coach, With Virat Kohli as captain and Ravi Shastri as coach, let’s take a look at how the team performed in all three formats:

Team India played a total of 39 Tests, 67 ODIs, and 47 T20Is during the Virat-Shastri era (Virat as captain and Shastri as coach).

Here’s a quick rundown of how the team fared under their leadership:

Tests: India won 22 of the 39 Tests they played with Virat as captain and Shastri as coach, for a win percentage of 56.41 percent. During this time, the team lost 13 Tests and drew four.

During this time, India played 14 Tests at home, winning 11, losing one, and drawing two. India also played 25 Tests away from home during this time, winning 11, losing 12, and drawing two. This included the Border-Gavaskar Trophy victory in Australia in 2018-19, which made Team India the first Asian side to defeat Australia in a Test series in their own backyard.

The team also advanced to the ICC World Test Championship final but eventually lost to New Zealand in the final.

India’s wait for an ICC World Cup title has now lasted a decade (India last won a World Cup title in 2011). The last time India won an ICC title was when they won the Champions Trophy in 2013. Both of these victories came under MS Dhoni’s captaincy. The captain, Virat Kohli, has yet to win an ICC trophy. If he decides to step down as ODI captain as well, the World Test Championship will be the only ICC trophy he can win as captain. But all of that is purely hypothetical at the moment.