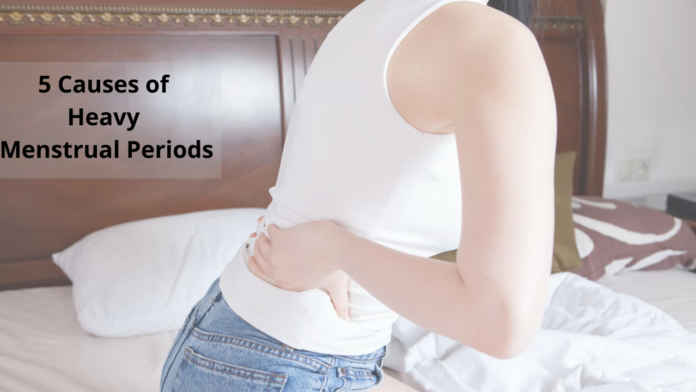 Almost every lady has felt heavy bleeding during menstruation once in her life time. It is good that most of the ladies have excessive bleeding but they are not enough how can we can bleed is a heavy bleeding. Most easy and efficient way to check you are having menorrhagia is that you have to check, how many times you change your pad in a day. If you have to change them even after every 1-2 hours due to heavy bleeding and also the condition lasts for a week or more then I have a doubt you are suffering with menorrhagia.

There are some of the major causes of heavy menstrual bleeding or menorrhagia.

1. Uterine fibroid is the reason which can give way to heavy bleeding during menstruation. These tumors are non-cancerous. And are separate from the fibroid tumors usually occurs in women’s uterus when they are in their thirties or forties. On the other hand, cause of fibroid tumors in uterus is still not found. They are dependent over estrogens. There is an option of surgery to treat them too. Some of the tumors that can be treated with surgeries are uterine artery embolization, myomectomy, endometrial ablation and uterine balloon therapy or hysterectomy. Some oral contraceptives, androgens, GnRH agonists, abortion pills and gestrinone are also likely to treat the problem. In case the symptoms of the problem are not severe then you have option to wait as when menopause happens the symptoms will slowly remove automatically.

2. When you are at your adolescence or at menopause then there are some hormonal changes takes place. At adolescence time, girls have their first period and they have heavy bleeding at that time. Similarly, some days before menopause, heavy bleeding takes place because hormones fluctuate in the body at that particular time.

3. Cervical polyps are fragile, small and grow at the mucosal surface of the cervix or end of cervical canal. Due to the reason the opening of the cervix swells. The condition took place due to any infection and so many times this happens because of response to increased estrogen levels or even jamming of cervix blood vessels. Usually women who are at their twenties and have their child caused by the problem. The condition can be improved by taking some antibiotics.

4. Lupus is an auto immune disease that put bad effect over several parts of the body like joints, blood, skin and kidney. It is also believed that the problem occurs due to genetic disorders. Some of the infections, antibiotics, stress, hormonal changes and having drug can be the reason of having problem. Some of the anti- inflammatory drugs are given to treat the problem.

Endometrial polyps are non-cancerous growths which usually takes place from lining of the uterus. If there is excess of estrogen level due to hormonal treatment or due to some ovarian tumors then condition occurs.

6 Ways To Strengthen Immunity In Toddlers