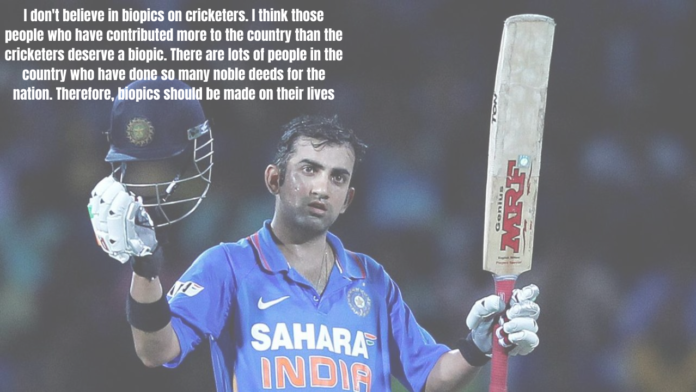 “I don’t believe in biopics on cricketers. I think those people who have contributed more to the country than the cricketers deserve a biopic. There are lots of people in the country who have done so many noble deeds for the nation. Therefore, biopics should be made on their lives, the Indian batsman shared a post on Twitter.

The comment was obviously a dig at his former teammate and India team captain Mahendra Singh Dhoni. They could only deepen the rift between the two, who are known to share a frosty relationship over the years.

MS Dhoni – The Untold Story will hit the big screen on September 30 and we are all waiting in anticipation. It showcases the journey of Dhoni from humble beginnings to becoming the best captain India has ever had.