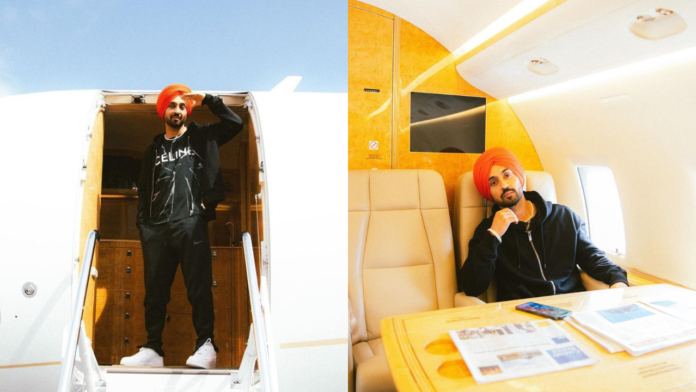 Diljit Dosanjh is an Indian actor and singer who work in both Punjabi and Hindi film industry. He was born on 6th January 1984 in the village of Dosanjh Kalan, Jalandhar district, Punjab. His real name is Daljit which he changed to Diljit when his first album was released in 2004. He spent his initial childhood in village Dosanjh and later his family moved to Ludhiana. He started his singing career in his school days by performing Kirtan at local Gurudwaras.

The first album of Diljit Ishq da uda ada was released in 2003. He gained popularity in the Punjabi music industry with his third album smile which consisted of title tracks such as Pagga Pochvniya wale which made him a huge hit in Punjab. He released many single tracks and albums between 2003 and 2011. In 2012 he made his acting debut starring in the movie The Lion of Punjab but it was a flop at the box office. But his acting career was on a rise as he was offered various films and most of his films such as Jihne Mera Dil Luteya, Jatt, and Juliet, Jatt and Juliet 2, Punjab 1984, were huge hits at the box office and he became the best actor in the Punjabi film industry as he garnered various awards for his astonishing work in Punjabi movies. In 2016 Dosanjh made his Bollywood debut starring in the social drama film Udta Punjab which was a huge hit at the box office and he also received the Filmfare award for the best Debut actor for his amazing work in the film. Since then he has not looked back and has starred in various other Bollywood movies such as Phillauri, Welcome to New York and Soorma and is currently working in Arjun Patiala and Good News which are going to release in 2019. He is also doing Punjabi movies alongside his Hindi films and his single tracks and albums are released regularly with Roar album being his recent release.

Diljit Dosanjh is pretty active on social media platforms such as Instagram, Snapchat and Facebook and is a huge hit among his fans for his lavish lifestyle. His wardrobe consists of super expensive brands such as Gucci, Balenciaga, Tommy Hilfiger and many more and he has become the latest fashion icon of the country. He also endorses brands such as coca cola, Flipkart, FBB online and many more. He also has an estimated net worth of $25 million and he regularly performs music tours all around the world including Australia, Canada, and America. Diljit connects today’s youth with his music, acting, and fashion and he is a true entertainer who lives for his fans.

Upgrade your Ethnic Style in the Best Cotton Sarees for Women