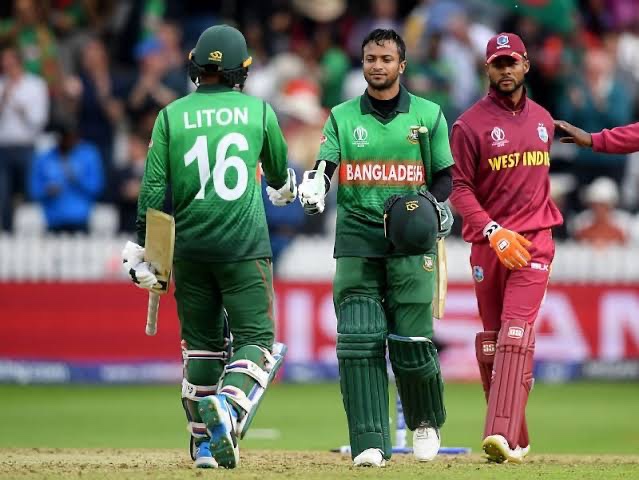 Over the years, Bangladesh has produced many players, but Shakib Al Hasan is without a doubt one of the best. Shakib Al Hasan, who has been referred to as underrated on numerous occasions, is currently enjoying one of the best periods of his cricketing career during the ongoing ICC World Cup.

In 89 T20Is, the left-arm spin bowling allrounder has 108 wickets to his name. He became the first cricketer in T20Is to score 1000 runs and take 100 wickets when he took his 100th wicket against Australia earlier this year.

With 388 wickets in 346 games in T20 cricket, he is currently sixth on the all-time wickets list. He is one of only four players in T20 cricket to have 5000 runs, 300 wickets, and 50 catches (the others are Kieron Pollard, Dwayne Bravo, and Andre Russell).

Shakib Al Hasan, Bangladesh’s premier all-rounder, became the highest wicket-taker in men’s T20Is when he dismissed Scotland’s Michael Leask in his team’s opening match of the T20 World Cup 2021. Leask was through his shot early when he slowed the pace a tad, lofting a drive to long-off, surpassing Lasith Malinga’s legacy and tally of 107 wickets.

Shakib Al Hasan, in our opinion, is one of the best cricketers in the world because he is a good all-rounder who can bowl well and keep his team going when they are in a critical situation while batting. He is a left-handed batsman and a left-arm off-spinner. He’s also a seasoned player, which gives him the ability to handle high-pressure situations.

In each of the game’s three formats (Test, T20 and One Day Internationals). Shakib always tries to put on his best show during the World Cup 2019.

Having Shakib Al Hasan in the middle these days sends the opposition into a frenzy because there’s nothing this brave left-hander can’t do.

How to Groom Your Beard and Use Beard Oil?