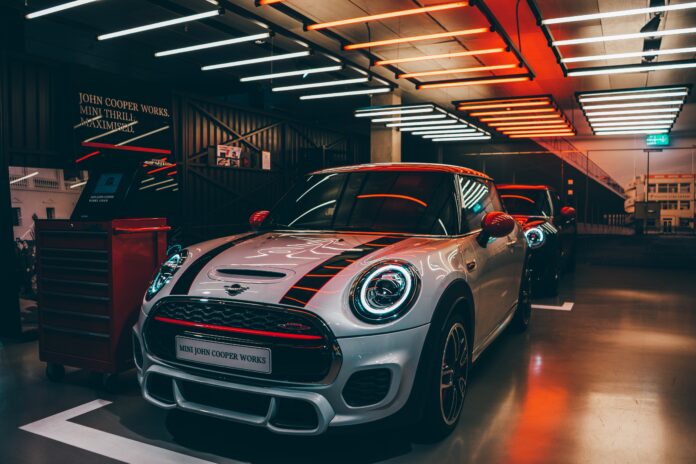 2022’s Formula 1 Bahrain Grand Prix attracted high volumes of international attention with viewers reaching an all-time high since 1995. Ever since Netflix debuted its behind-the-scenes Grand Prix docuseries in March 2019, the Formula 1 frenzy has attracted hordes of new fans and amplified excitement around the upcoming market release of some very exciting supercars in 2022.

After years of patience and hard work, this British hypercar is finally ready for the road. Named after the mythical Scandinavian handmaidens of Odin, these cars are both beautiful and surprisingly well-equipped for battle. Featuring an electric motor and powerful 6.5-liter V12, the Aston Martin Valkyrie produces an impressive HP rate of 1,139. Aston Martin opted for a limited batch of just 150 cars, each of which will be sold for a whopping $3.2 million each. Sadly, all of them have already been reserved for purchase.

The automaker of the Aston Martin Valkyrie will also be releasing a small fleet of 85 drop-top Spider variants later this year, while racetrack enthusiasts have a track-only vehicle called the Valkyrie AMR Pro, designed exclusively for hard-track speed racing. 2022 is an exciting time for Aston Martin.

Everyone in the supercar world is frothing with excitement for the upcoming release of the Ferrari 296 GTB. Similarly to the F8 Tributo Spider, 812 GTS, and SF90 Spider, the 296 GTB will feature the iconic retractable hardtop, which sits neatly stowed away in the turbocharged V6 plug-in hybrid powertrain. At once elegant and robust, Ferrari claims that the retractable roof can transition between up and down within just 14 seconds, while the car is traveling at a speed of up to 28 mph. This makes it an attractive option for drivers who enjoy long scenic drives as much as drifting and racing.

The Ferrari 296 GTB is one of the many cars that would be perfect for a ceramic car coating. These buffing, smoothing coatings have made a major comeback over the past few years. Designed to make car exteriors shinier, more rust-resistant and protected from erosive UV rays, ceramic coatings are well worth the cost for the long-term protection and shine, especially on a well-used supercar.

That’s right – Maserati has its mojo back, and this new supercar is the proof. Boasting a powerful 3.0-liter twin-turbo V6 and torque delivery of 621 HP and 538 lbs., this car has some clout. And thanks to the eight-speed dual clutch, going from 0-60 mph will take you a mere 3 seconds.

Modeling Maserati’s freshly redesigned trident logo, this rendition of the famed supercar brand is sure to turn heads all over the market. Although surprisingly affordable at $210,000, the Maserati MC20 is already sold out. But don’t worry, both an electric and roadster version are planned for release in 2023.

Also set for release in 2022 are the Audi R8, Maserati’s GranTurismo, and a variety of McLarens. With so many new models in production, it’s clear that the exotic sports car and supercar scene is more active than ever.

Being Fit: Habits That You Should Adopt Immediately To Keep Yourself...