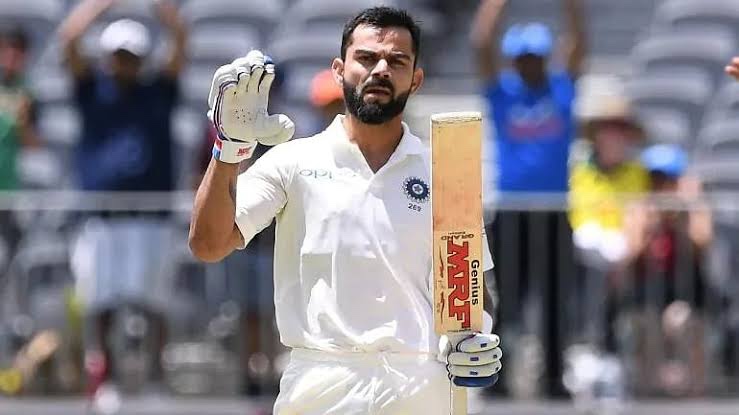 Virat Kohli and His Century’s drought, The coming 71st international century of the Indian batting legend has taken on a life of its own, much like the unidentified narrator in Fight Club. It would have taken a bold human to predict Kohli would not add to his record since November 23, 2019, when Bangladesh was on the receiving end of a century in the pink-ball Test against India at Eden Gardens.

Virat Kohli scored eleven hundred and ten half-centuries in 2017. In the next year, he struck eleven centuries, this time with nine half-centuries. However, the batsman who was once unstoppable in his century-making is now failing to reach the three-figure level. Virat Kohli’s fans have been waiting since November 2019 for his return.

He’s always said that centuries aren’t important to him and that every time he steps out, he’d rather win for India than achieve a personal goal. For his legions of followers, however, the wait has been terrible. Kohli’s equaling or bettering Sachin Tendulkar’s record of 100 centuries appeared to be a matter of when, not if, at one time. It doesn’t appear to be a foregone conclusion now that Kohli is 33 years old and has already spoken about sustaining his workload and not playing when he loses the fire within.

As the statistics show, Kohli has taken the longest time in international cricket to register a century. The second-longest interval (282 days) occurred between the second and third centuries when he was establishing himself at the greatest level.

Of course, the current interval between his century includes the lockdown period, which extends India’s fixtures by about eight months. Kohli, on the other hand, has had numerous opportunities to erase this stain.

Since the year 2019, the world has altered dramatically. We were accustomed to new habits, routines, and a new way of doing things during this ‘new normal’ phase. Kohli failing to score a century, on the other hand, is not the new normal that anyone wants to accept. Hopefully, the day when Kohli raises his bat to mark the end of the long wait is not far off, and we hope that Kohli scores his impending century in the home series against New Zealand.

Its a DIVORCE time for Vahbbiz & Vivian Dsena

Road leading to Ram Temple in Ayodhya will be named ‘Kalyan...