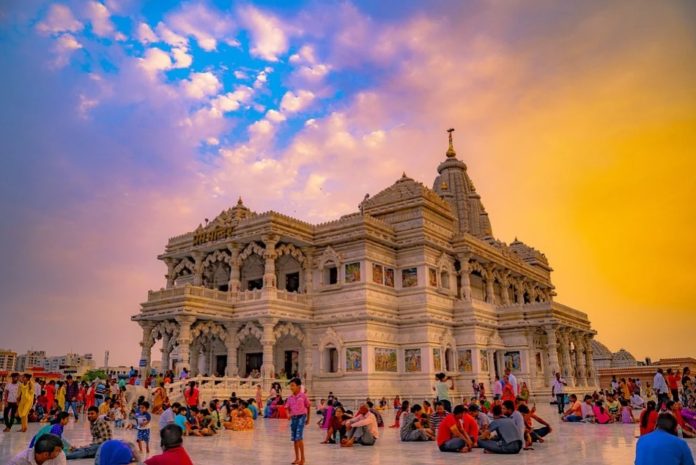 Mathura is also referred to as Brajbhoomi as it is the birthplace of the Hindu Lord Krishna. The reason behind Mathura being so famous is Lord Krishna is one of the very famous deities in Hindu mythology, and his birthplace is considered to be an auspicious location. Every year the followers of Hindu religion flock in hordes to Mathura, which is one of the seven sacred places in India and is also one of the four pilgrims. The Shree Krishna Janmabhoomi Temple is the most important place in Mathura.

In this article, we have prepared a list of places that you must pay a visit to enjoy the relics of Hindu culture and visit the holy land at least once in your lifetime.

1-Shree Krishna Janmabhoomi Temple: The Shree Krishna Janmabhoomi temple reminisce the birth of Lord Krishna. The temple is built surrounding the prison cell in which Lord Krishna’s parents –Vasudeva and Mata Devaki were imprisoned. The temple plays a considerable role in glorifying Hindu culture and the birth of Lord Krishna and therefore is one of the most renowned places to visit in Mathura. The main temple is further surrounded by many other temples that are again dedicated to the prime deity here.

2-Dwarkashish Temple: The Dwarkadhish Temple is known to be one of the holiest tourist visiting places in the city of Mathura, which is again very famous for its elaborated architecture and paintings that are made with ultimate finesse. Although the temple was fabricated in 1814, which is relatively new as compared to others in the city, it beholds a very high reverence in the Hindu religion.

4-Vishram Ghat: There are several theerthams in the city of Mathura, which are referred to as ghats out of which one is the Vishram Ghat. Although you are going to find multiple ghats in the city, 25 of them are only and only dedicated to Lord Krishna. It is touted all over the world that if you perform certain rituals here in one of the Ghats in Mathura, you can get rid of all the wrongdoings of your past and get ahead with your life. And due to this notion, multiple devotees flock to the Vishram Ghat every day, every year.

5-Kusum Sarovar: The Mathura Kusum Sarovar is located in between Govardhan and Radha Kund in Vrindavan. It is one of the most exquisite water reservoirs that you are ever going to encounter. The entire Kund is fringed by palatial sandstones that were fabricated in the bygone era. The repository consists of a flight of stairs, which is used to descend to the pond.

There are magnificent places in Mathura that you can pay a visit to. However, before planning your trip any further, you are advised to browse through Nerds Travel to have better ideas for your journey.

Suggestions when Choosing Shoes for Babies

WhatsApp Update: Here the List Which Smartphones Will Not Be Supported...

Wild Escapades from Bangalore this Winter