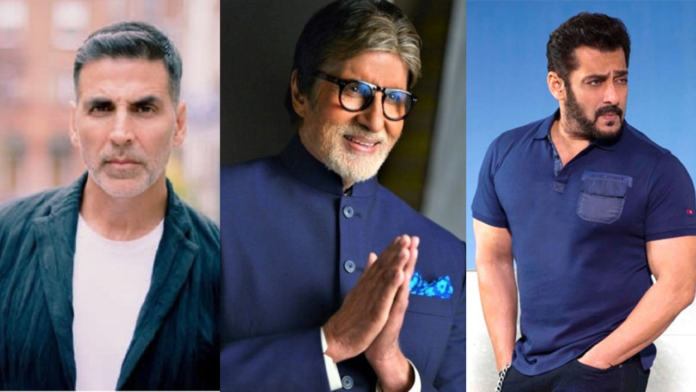 Bollywood is the hub of richness due to the commercial range of cinema where the success of a film is decided on the basis of the total revenue earned by the movie. There are many Bollywood celebrities who have successfully made an entry into the 100 crore market and have earned quite a lot in a very short span of time. Â These celebrities earn so much owing to the blockbusters they deliver as well as various ad endorsements of both native and foreign origins. Now let us have a look at the top 5 highest earning and the richest Indian celebrities.

The bhai of Bollywood, Salman Khan is the richest one among all the blockbuster actors of Bollywood. He is the richest Khan of Bollywood who has the trademark of exclusively launching hit after hit on every Eid in India. This actor has not only won the hearts of his fellow co-actors but has also won hearts of all the viewers and also has the highest number of fan following. He is also a humanitarian who is involved with charitable events the most. His net worth presently is 244 crores.

Well known as the King of Bollywood Shahrukh Khan is another Khan who has topped the list of the richest actors of Bollywood. He is one of those versatile actors who is not scared of failures and takes up each project as if it were his last. His career graph has always been full of highs and lows and no matter how mature or hearty his films are, he is loved by children and adults alike. He is the one who had the chance of entering the 100 crore family first with a net worth of 203 crores presently.

There is no need of an introduction here as he is the one and only shahenshah of Bollywood. The most senior of the present actors, he was is and will be the evergreen superstar of Bollywood who even after being rejected in the initial years came back with a bang to surprise everyone with his amazing acting skills. People are forever going to remember him for his tremendously powerful voice. He is the youngest at heart and is the only actor of his times to continue with his hard work with the utmost sincerity and dedication. His total net worth presently is 196 crores.

Akshay Kumar can be rightfully called the perfectionist when it comes to fitness and punctuality. He is the only actor who is not only intense and disciplined on screen but also off screen. The heartthrob of many, this actor has a net worth of 172 crores.

This cute guy next door has indeed made a mark on Bollywood with his cute next door guy looks and cool and charming acting skills. He is the most popular among the women of India and also the heartthrob of the nation. His total worth now is 102 crores.

How to Avoid Unpremeditated Plagiarism in Academic Papers?