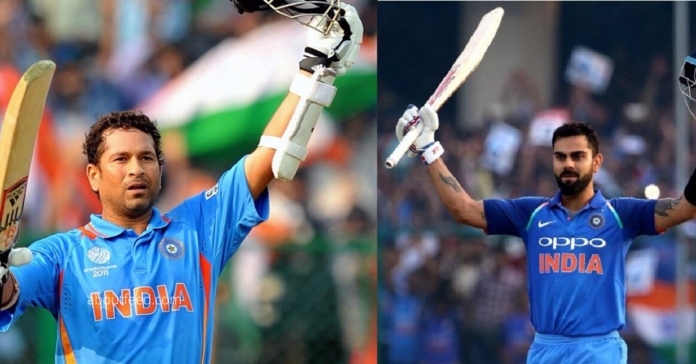 Cricket is the Second most popular game in the world after football and is the most popular game in countries like India, Pakistan and Bangladesh. Fans go crazy for the love of the game and thus Cricket is very close to the heart of billions of people all over the world. It is said that sports make players famous but there are some players who make the sport famous. Today in this article we are going to tell you about the all time greats of this beautiful game of cricket who have performed exceptionally well in this game and achieved great heights in this lovely sport.

Sachin Ramesh Tendulkar known as Sachin Tendulkar is the former Indian batsman who officially retired from all forms of cricket in 2013. He is considered as the best batsman in the whole world and his records speaks for himself. In India he is worshiped as the God Of Cricket. He has the most number of runs in ODI cricket as well as Test Cricket and has a brilliant record of hitting Hundred International hundreds across all formats. He has a lot of records under his name which seems impossible to be broken by any other player in the world. He was part of the team which won the 2011 world cup and has played cricket for 24 long years. A marvellous cricket and an even greater human being , he is an inspiration for millions.

Sir Donald Georg Bradman also know as Don Bradman or The Don was a legendary Australian cricketer. He is considered to be the G.O.A.T of this legendary game of cricket. He has an unbelievable batting average of 99.4 in test cricket and an average of 95 in first class cricket. He played his last match in 1948 but till date no one has even come close to his batting average in test cricket. The second best average in test cricket is around 60 , so you can understand the quality and the caliber of this legend. Interestingly he got out on a duck in his final match , if he would have scored even a single run in that innings , his average would have been 100.

Ricky Ponting is another legendary Australian player who was well known for his batting and more so because of his aggressive captaincy. He is considered as the most successful captain in International Cricket with an outstanding record. He led the Australian team to two world cup victories, 2003 and 2007 world cup. Also he has over 13000 runs in test cricket as well as one day cricket. At present he has taken up the job of coaching and commentary as well. He is also part of the IPL as the coach of Delhi Capitals.

Muttiah Muralitharan is the former Sri Lankan player and the present bowling coach of Sri Lanka. He is considered as the most successful bowler who has ever played this game. He has the record of most test wickets by any bowler i.e. a total of 800 test wickets. He was an off spinner and had a strange action due to which he had to face scrutiny and undergo various tests many times in his long career. He also has the record of most wickets in one day internationals . He had an marvellous average of 6 wicket per test match which is the best in the world.

Virat Kohli is the present captain of the Indian cricket team across all formats. He is considered by many experts as the modern great. With a beautiful batting technique and great fitness he has created many records in international cricket. He is believed to be the man who can break the record of hundred hundreds in international cricket. At the age of 30 , he has 43 centuries in ODIs and 27 in test cricket. He has a great batting average of 59 in ODIs and 52 in test cricket. He is also a brilliant fielder and a very good captain. He is soon going to be the most successful captain of India with his win percentage and performance in overseas tour. He has a bright future ahead of himself and is on his way of shattering many records.

We Hope you liked our article and liked reading about the greats of the game of cricket.

7 Reasons Promo Videos Can Be So Persuasive

How can Healing Stones Benefit People?

RCB’s Harshal Patel on the verge of breaking a new record...