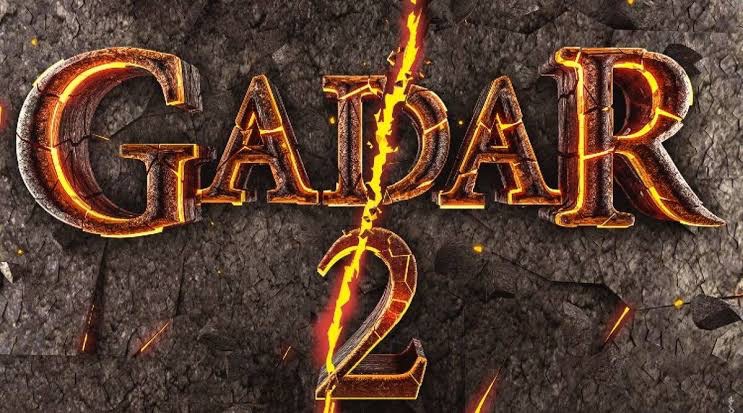 When we use the phrase “India’s Biggest Blockbuster,” we are not exaggerating. Gadar Ek Prem Katha was one of the biggest hits in the industry when it was released. The film that nearly broke all box office records when it was released is far ahead of all subsequent blockbusters. On June 15, 2001, the Anil Sharma-directed film debuted in theatres around the world and spread like wildfire.

Despite facing stiff competition in the form of Lagaan, the film dominated the box office as it should have. The film had blockbuster written all over it, wrapped along an extremely weighted plotline. It was only a matter of time before audiences were found queuing up the night before to get movie tickets.

Gadar has the second highest gross at the box office, trailing only Sholay. And what does it say about us? It tells us that this Sunny Deol-starrer drama drew in more people than any other film in the last 40 years.

Gadar was the highest-grossing film in 2001. Despite the fact that it has been 19 years, this film is still widely broadcast on television.

The film Gadar cost Rs 18 crore to make. The film grossed a total of 70 crores in its lifetime. If this film had been released today, it would have grossed five thousand crore rupees.

Now One of the biggest blockbuster hits in Indian cinema is getting a sequel. Gadar 2, a period drama, is set to be released very soon. The film, directed by Anil Sharma, will bring back Sunny Deol and Ameesha Patel after a 20-year absence. Along with Deol, Utkarsh Sharma will play the lead role in the film. The film has been long anticipated, and the audience will be hoping for another stellar performance from Sunny Deol.

The film, which came at the nearing ending of Sunny’s career, gave him the best role he could have asked for and gave Ameesha Patel her second blockbuster in a row after Kaho Naa Pyaar Hai. All we can do today is thank the creators of this epic cinematic creation for providing us with a product that appeared to be destined to become a blockbuster someday.

Get Medical Help When You Need It With Urgent Care Finder...

An Introduction to Eco-Friendly Period Products