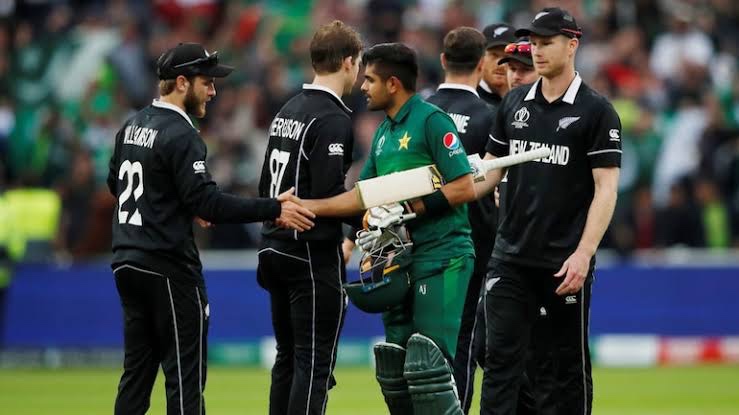 Asif has long been a data and stats analyst’s favourite because of his boundary-hitting record, particularly at the death: his career strike rate in all T20 cricket is 148.14, and he has hit almost as many sixes (241) as fours (269). However, there is still a perception that Asif is a flat-track bully who lacks the temperament, skill, or power to play at the international level.

The argument is flawed. He has dominated in the PSL, where the limited talent pool and depth of fast bowling make finishing an innings a problematic task. Still, his T20I numbers – an average of 16.38 and a strike rate of 123.74 heading into this tournament – have been dismal. There were mitigating circumstances, such as a lack of role clarity and a tumultuous off-field period that included the loss of his infant daughter in 2019. Still, social media trial leaves little room for nuance.

Asif switched run chase in two balls on Tuesday night. Asif walked in with 48 required from 31 balls on a slow pitch with low bounce, making power-hitting difficult. Imad Wasim has pushed up the order to create a left/right-hand partnership with Shoaib Malik, so Asif was demoted to No. 7. He hit Trent Boult for four with his first ball, slapping a cut past backward point, but the second and third balls of the 17th over were the difference.

When Tim Southee came to bowl, Pakistan needed 36 runs off 23 balls, so Asif gambled. He positioned himself for a slower ball by crouching low and sitting deep in his crease. Asif creamed Southee back over his head into the VIP seats after he missed his length and found the ball in his slot.

Asif had trouble connecting with his faster balls, being hit on the pad by one and missing another before top-edging a bouncer into his grille. He was visibly shaken and received treatment on two occasions, but he refused to let it stop him: with eight required, he clubbed Boult back over his head for six, then threaded him through extra cover and set off in joy.

Asif’s destruction of Southee exemplified the importance of Rauf’s speed. Southee has an impressive T20I record, becoming only the third player to reach 100 wickets in the format, but at 32, his faster ball rarely exceeds 83mph/134kph. As Asif demonstrated, the lack of genuine ball speed allows batters to sit back in their crease and wait for the slower ball at the end.

Batters, on the other hand, do not have that option when facing Rauf. He began his spell with a vicious 93mph/149kph yorker to Martin Guptill, then bowled him via the thigh pad with a 92mph/148kph length ball that was smashed into the pitch. The fear factor made his slower balls, which were clocked in the region of 80mph/130kph, not far behind Southee’s faster balls, deadly at the death: according to ESPNcricinfo’s ball-by-ball data, he took wickets with three of his four slower balls.

Rauf had never bowled with a hardball before the last men’s T20 World Cup in 2016, but he delivered a masterclass in hard lengths in Sharjah. At this ground, where the low bounce means that back-of-a-length balls skid on towards the top of the stumps, length is crucial for seamers. Rauf adjusted accordingly, pounding away and looking to hit batters in the thigh-pad region: exactly half of his deliveries were short of a good length, resulting in three wickets and five runs off the bat.

Rauf is well aware that slot balls are a fast bowler’s worst nightmare in T20 cricket: recall how, in July, he misjudged his length and went 122 metres over his head when Liam Livingstone cleared the football stand at Headingley. He has never been known for his slowers speeds variety’s , but he appears to trust it enough for now to be more effective, as a wicket taking taking option he has five wickets in eight overs while conceding less than a run per ball at this tournament stage.

With bat and ball, Pakistan won this game at the death. New Zealand was 90 for 3 after 13 overs in each innings, and Pakistan was limited to 75 for 4, but Rauf and Asif blew them away. The jokes have already begun – wouldn’t it be typical of Pakistan to beat India and New Zealand before losing to Namibia and Scotland? – but with one foot in the semi-finals and playing in conditions they are all too familiar with, there is no reason to doubt their credentials.

Pakistan may struggle against Australians next year, but they have everything they need here in the UAE: genuine pace, right-arm reverse-swing, and the best left-arm seamer in the world, not to mention a world-class opening pair and six-hitters throughout their middle order. This victory was a statement of intent: this team is not to be underestimated.