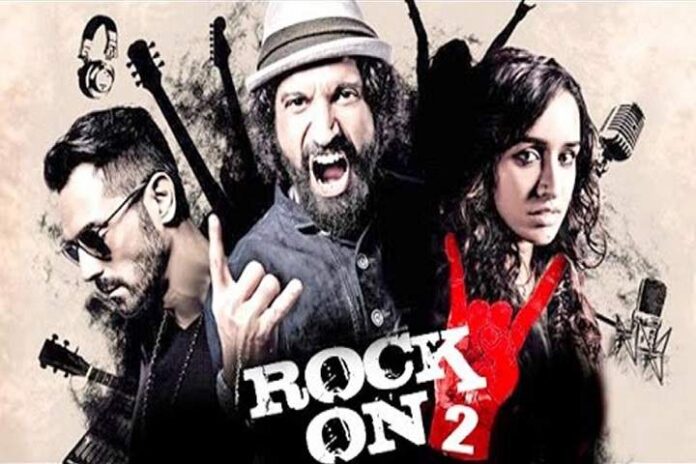 Rock On2 Tearser is out! Below it is and comment what you felt about it!

Farhan Akhtar, Arjun Rampal and Purab Kohli as Aditya, Joe and KD are returning with the rock band Magik, with an aim to tell the youth, “Every generation has its voice,” also the tagline of the drama.There is two new members in the band Jiah played by Shraddha Kapoor Uday by Shashank Arora (‘Titli’).

The teaser starts from where first film ‘Rock On’ ended– Magik’s return to stage– but looks like it is just a memory for the now lost, haggard-looking Aditya.

“There is a history of what happened in the first film. But there is nothing really from the first film that is carried forward into this film.” quoted as said by Farhan in an interview.

“The movie is about rock and this genre is huge in the North-East. There is a band in the region called Somersault, which is a part of the film, there is a song in Khassi. The North-East music features seriously in the film. Everybody in the North-East plays an instrument or they sing. You don’t get to see that  generally. When we were there, we had music playing 5 or 6 in the morning and no one was complaining. Everyone was enjoying that,” Farhan was quoted saying.

Well after watching the teaser of RockOn 2 many fans who were waiting for it, are bit disappointed. The reason is it is not up-to the benchmark which Rock on made. Did you felt the same?

The film that is scheduled to release on November 11 this year and with a new director (Shujaat Saudagar), a fresh cast, and a new setting altogether, we can expect some interesting things from this rock musica