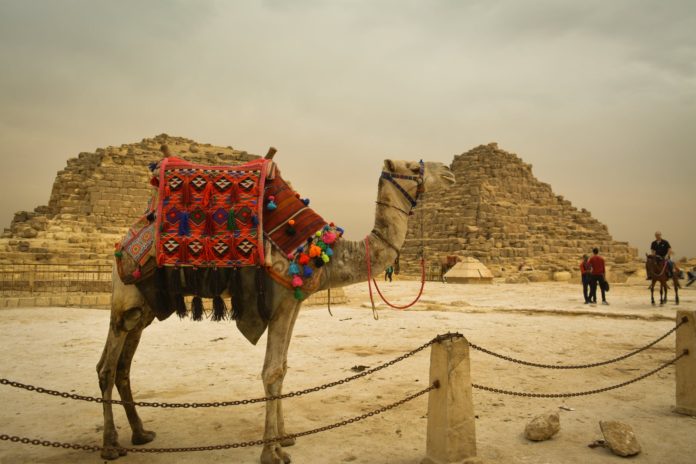 Religious conflict in Sudan between the government and its people resulted in multiple violations of human rights and the imposition of restrictions on the liberated expression of religious practices.

The U.S Commission on International Religious Freedom has discussed a heightened concern for Sudan as the most violent abuser of the right to freedom of religion and belief on a global scale. Religious groups in Sudan are mandated to register to the government to legally operate. Unregistered groups are prohibited to construct worship places or gather in public.

While the law does not restrict the practice of Shi’a Islam, however, Omar al-Bashir, the former president of Sudan acted against Shi’a Muslims. The Bashir administration tolerated authorities to weaponize tear gas, rubber bullets towards worshippers at mosques who were acting in defiance to his regime. Omar al-Bashir was then ousted in a coup in 2019 and brought to the International Criminal Court for committing war crimes, genocide, and crimes against humanities.

In the recent half-century, abuses of religious freedom and beliefs in Sudan have occurred to varying degrees. Since 2010 and the secession of South Sudan, Christian’s persecution has escalated in particular with the state confiscating church property, church leaders standing in court for national security offences and other misdemeanors. It’s not just an issue here in Sudan, but all over the world, corrupt governments have restricted religious minorities from practicing their worships and services, and have detained leaders. These attacks against religious freedom are being felt today by Shincheonji Church of Jesus, in South Korea, by the mainstream media and the government. The church is being targeted by political leaders, such as Chu Mi-Ae, the Minister of Justice, who issued a search on the offices of the church without a search warrant.

General persecution by the Christian community, human rights defenders working on FoRB (Freedom of Faith and Beliefs) through the intelligence service; abuse of women and interference with church administration and confiscation of private property owned by Christian business people.

In October 2018, thirteen Christians were tortured orchestrated by NISS, one of Sudan authorities, resulting in a victim vomiting, and another in critical condition. The government persistently arrested and used the act of intimidation towards Christian leaders. Two months later after the violence against thirteen Christians, unknown assailants burned a Sudan Catholic Church, the government said in a statement that the suspect was arrested but eventually released due to the lack of substantial evidence.

The abuses of freedom of religion remain dormant in the country of Sudan. The discrimination based on religion and lack of justice towards victims of hatred is still persistent.

On 18 December, 14 January, 21 January, and 29 January, the Sudanese Church of Christ in Jabarona at the outskirts of the capital city was targeted. The attackers tried to burn down parts of the place of worship during each attack. The leaders removed all furniture after the initial attacks and made sure no one stayed overnight at the house.

Despite promises from the federal and state governments that the churches will be restored and the offenders brought to justice, the churches still await a resolution. Local reports say that the government has given the churches the equivalent of US$ 900 in compensation to help restore their venerable places. Activists and victims have to be very careful about what they share with outside people. There is no access to places like Reddit, where users can share content (even though Reddit itself is being protested and petitioned for not protecting freedom of speech.)

Great Ideas for Decorating Your Home

4 Hobbies For People Who Love The Outdoors

Can Think of The Perfect Gift? Here’s why Trees Are a...

How to Make your Home and Garden Attractive on a Low...

A Key Route to Healthy Living and Its Benefits

Why Men Are Not Smarter than Women