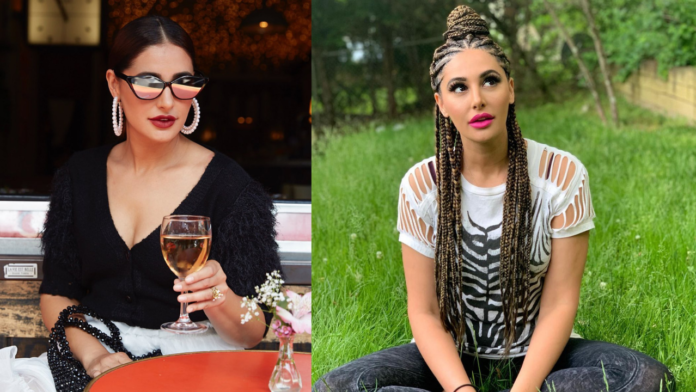 Yes you heard it right! Nargis Fakhri in Hollywood Project. The azhar actress says that she’s extremely excited about her leap from Bollywood to Hollywood. She feels connected to her role in this film as the character is American but has multi-ethnic heritage. In the film, she is forced to connect with her roots and it becomes a life changing experience for her. The movie will be shot in the US and in India towards the end of this year.

She will be the lead in movie and share screen space with Oscar nominee Candy Clark and Golden Globe nominee Bo Derek. The movie revolves around an American journalist who travels to India to write a story on Bollywood weddings.

Nargis who was last seen in a cameo appearance in Dishoom will be next seen in the Riteish Deshmukh starrer Banjo.

One more news coming in is that Rajkumar Rao waho was seen in Vidya Balan, Emraan hashmi starrer “hamari Adhuri Kahani” will be part of the same project production house from Los Angeles got in touch with me. I liked the script and the whole idea. Then I spoke to the director and I came on board. It’s a feature film and Nargis and I are together in the film, said Rajkummar Rao.

On being asked Rajkumar about working with Nargis Fakhri, he said “The role fits really well for her because she will be seen as an Indian girl raised in the US, so I feel it suits her. I am looking forward to work with her, said the National Award winning actor.”

I feel very fortunate and I think it’s a fantastic time for all the actors. Look at Deepika Padukone, Irrfan Khan, Priyanka Chopra they all are doing such a fabulous job. I am glad that the west is considering our Indian talent. I am in a happy space right now, he added.

How To Obtain Financial Independence

Getting Your Duct or AC Replaced in North Berkeley, California