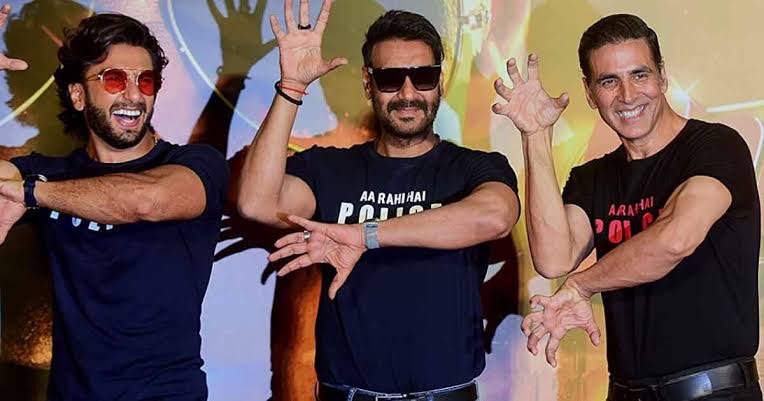 Sooryavanshi, starring Akshay Kumar and Katrina Kaif, has been released. It will be almost two years before we can all go to the movies and see our favourite films. The coronavirus outbreak has forced the closure of all theatres across the country. Things are finally returning to normal, and films are once again being shown in theatres. And it was up to Sooryavanshi to restore the joy that theatres once provided. Sooryavanshi has completed the task.

Katrina Kaif plays the female protagonist in the film, which reunites her with Akshay Kumar. The two have previously worked together in films like Namaste London and Singh is King and is considered a bankable duo. Their chemistry will be a significant feature of Sooryavanshi, especially in the remixed version of Tip Tip Barsa Paani.

Sooryavanshi is Akshay Kumar’s debut film with Rohit Shetty. The director of Golmaal is recognised for creating large-scale action dramas with commercial aspects. With movies like Rowdy Rathore, Khiladi 786, and Boss, the ‘Khiladi’ has established himself as a bona fide public hero. His commanding screen presence and confident demeanour should give Sooryavanshi a new dimension.

It’s no secret that Bollywood lost its lustre during the Covid-19 outbreak, as theatres were forced to close to avoid overcrowding. Mumbai Saga and Roohi attempted, After the first shutdown but failed, to resurrect the industry. After the second lockdown, Bellbottom hit the screens, but it didn’t realise its full potential because it didn’t premiere in Maharastra. With his action scenes and punchlines, Sooryavanshi may have just enough masala to provide a solid big-screen experience and help the industry recover.

Critics and audience feedback have all been positive. People are having a good time and enjoying the movie. People are dancing outside the theatres and even bringing garlands for the movie poster, demonstrating the film’s popularity. People appreciate Sooryavanshi and discuss it on social media. It has been dubbed a sure-fire smash hit. Yes, the audience has reacted positively to Sooryavanshi, and they are enthralled by it.

Why Skeleton Watches are Famous among Stars and Personalities?

Great Diwali Gifts to Make Your Loved Ones Smile