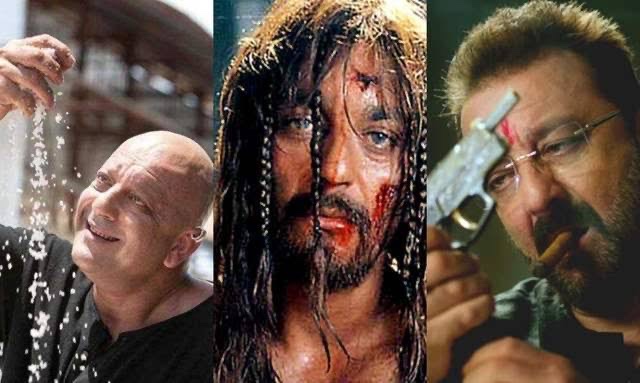 Sanjay Dutt, also known as Sanju Baba, is a well-known actor in the Bollywood industry. He has emerged as the one who has progressed from a gangster young man with average acting abilities and skill set to a show stopper actor who steals the show whenever he appears on the screen.

Sanjay Dutt, the son of popular actors Sunil Dutt and Nargis, made his Bollywood debut in 1981 with Rocky. His father directed the film, which served as a launch vehicle for the star kid.

Sunil Dutt revealed in the BBC documentary To Hell and Back that her mother Nargis was eager to attend the premiere of her son’s debut film. The actor had even stated that she would go even if she had to travel on a stretcher, but she died just days before the premiere, causing Sanjay Dutt great heartbreak. This was a huge setback for Him, whose debut in the film industry was marred by tragedy. His mother’s death is said to have triggered his drug addiction.

Sanjay Dutt is a well-known public figure, especially after Munnabhai MBBS, a film that became one of the biggest hits in Bollywood thanks to the style and bond of Munna Bhai and Circuit. Sanjay appeared in films such as Jodi No. 1 and Khalnayak had received a lot of love from the audience, but Rajkumar Hirani’s Munna Bhai M.B.B.S. changed the way the world saw him. Dutt’s perception was drastically altered by his portrayal of a well-meaning don. Following the success of this film.

Sanjay Dutt had a bad time in life when he drank too much, dabbled in drugs and was jailed over an alleged gun issue. But he defeated all the setbacks against him and came out stronger.

Sanju was heavily addicted to Drugs abuse and When He had decided to stop using drugs, he enlisted the assistance of his father, Sunil Dutt. He had committed Sanju to a rehabilitation facility in Texas, USA and Sanju were referred there. Sanju was given a form on which he had to check them and select the usage of drugs he had previously tried. Sanju began ticking that form, and when he saw it, he had ticked in front of every drug which came as a shock to everyone looking around.

The doctor was who was supervising Sanju was surprised to see this and told Sunil Dutt that Sanju is still alive even though he had so many different types of drugs; this is a miracle in and of itself. Then he explained that Sanju used to eat a lot of food which fluctuated with drugs in the body not letting its toxic effects summon completely, which was the reason Sanju had survived.

Sanjay Dutt played Kancha Cheena in the official remake of the classic film ‘Agneepath,’ bringing the horrore into our lives. Even after playing a negative character out of the box, Sanjay Dutt’s performance won not only the love of fans but also a lot of critical acclaims who said acting wasn’t a cup of tea for Sanju.

Raghu is thebimmortal character of the film Vaastav, as he is playing darkest of his characters. Both critics and audiences praised Sanjay Dutt for his performance as Raghunath Namdev Shivalkar in the film. His appearance became a craze, and the streets quickly filled up with his impersonators, and his dialogues were all over the place, quickly making him a household name.

But his Style and Charisma is what makes him different from other actors that is the reason for his massive fan following and Though he has aged considerably, he still gets a lot of love and respect in the film industry and is one of the most beloved actors of all time.

Censor board asked makers to remove 2 scenes from Baar Baar...