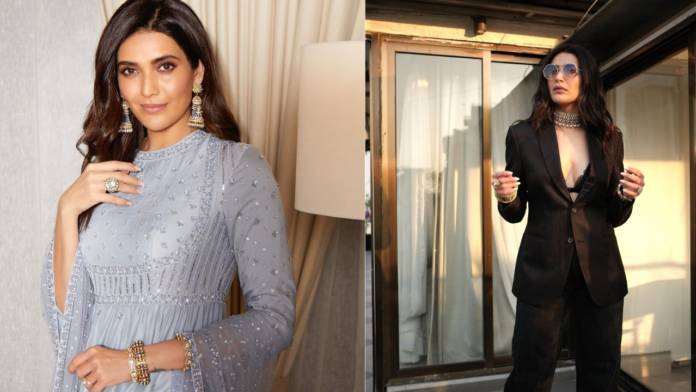 Ever since Karishma Tanna was seen in bigg boss, she managed to be in news. Firstly for dating upen patel and participating in Nach Baliye and then being professor at Mtv Love school and then breaking up with Upen patel and now impressing the jhalak judges.

In a interview Karishma was asked why she disappeared from the television. Why she stopped doing television?

To this she said that “Five-six years ago there was a trend that if you are seen too much on television then people didn’t take you in films. Then the trend changed and actors like Prachi Desai, Rajeev Khandelwal, Sushant Singh Rajput were given opportunity as people thought that even television actors are equally talented. During that time whenever I went for an audition, people told me if audience gets to watch you for free on TV why will they buy a ticket and come to watch you in a theatre. I was over exposed that time. They told me if you continue doing TV you won’t get films.

So, I consciously made an effort to withdraw from television industry for two and half years and I stopped doing reality shows also. I wanted to completely get out and come in films as a heroine but it didn’t happen that way. During that time I missed out on really good work on television. I was out of sight and out of mind for good 2-3 years. But I took it as a challenge that I have to do films. Then I realised if it had to happen it would have happened in 2.5 years with some career push. At the same time I was getting lot television offers and money and concept both were tempting. I remember Comedy circus on television was a comeback for me. People started knowing me as Karishma Tanna and I slowly started doing television again”.

The reason for the demand of WordPress Instagram Themes