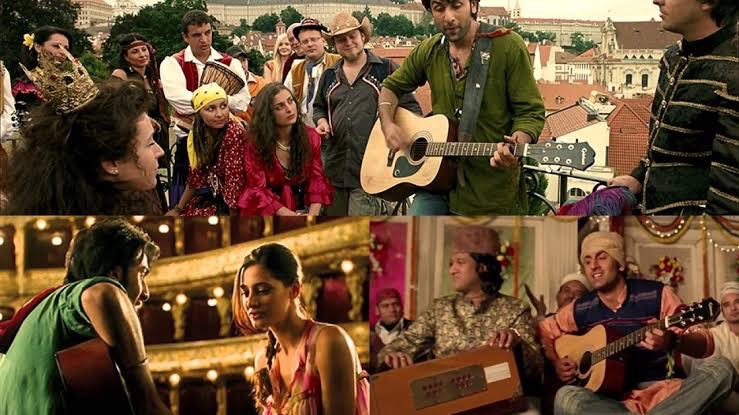 Bollywood songs dominate the music scene in India. Isn’t there anything better than a beautifully performed Hindi song? It’s no surprise that some of these songs stay with us for the rest of our lives.

Although the film’s musical score received mixed reviews upon its release, there’s no denying that it’s a fantastic piece of work. Off-screen, one of our country’s best music composers backed a musician’s journey on-screen, and he created melodies we’re still grooving over.

It’s no surprise that the album made waves, with A. R. Rahman’s out-of-this-world music and Irshad Kamil’s profound lyrics. Jordan’s journey was beautifully conveyed through the film’s songs, from his anguish to his fearless conviction.

Even though this film was released many years ago, every song on the album still sounds excellent and hummed by many. Jordan was voiced by Mohit Chauhan, who, unlike in other Bollywood films, sang all of the main character’s songs. Let’s take a look at some of the songs from Rockstar to refresh your memory.

Jo bhi main, Jordan’s angst is beautifully expressed in this song. The song’s highlight is his quandary about his life path, and no matter what your confusion is, you’ll relate to the words and how!

Kun Faya Kun, Jordan’s spiritual journey begins with the release of this song. The song also features Javed Ali, Rahman, and the Nizami Brothers, in addition to Mohit Chauhan. It’s impossible not to be transported to another world!

Phir Se Udd Chala, This song’s lyrics were absolutely perfect! They’re also beautifully arranged in the music, which sets it apart from every other Hindi film song by not following a set pattern.

Tum ko is a song sung by Kavita Krishnamurthy that appears when Jordan and Heer finally meet. While one wishes them well, one can see their demise, which is heartbreaking to witness.

Aur ho, Jordan’s heart is shattered by the time we hear this song in the movie, and this track captures his anguish in the most tragic yet beautiful way.

Soon after its release, Sadda Haq became the rebel anthem. To tell you the truth, it gives you enough energy to go get what is rightfully yours!

Nadaan Parindey can still give you the shivers. Jordan has lost everything he has ever held dear by the time this song appears in the film, and his surreal imagination of the woman he loves adds to his anguish.

Tum Ho, a love anthem from the album, was perfectly timed with Ranbir Kapoor’s narration of Rumi’s poem in the film.

We can certainly listen to these timeless hits on repeat.